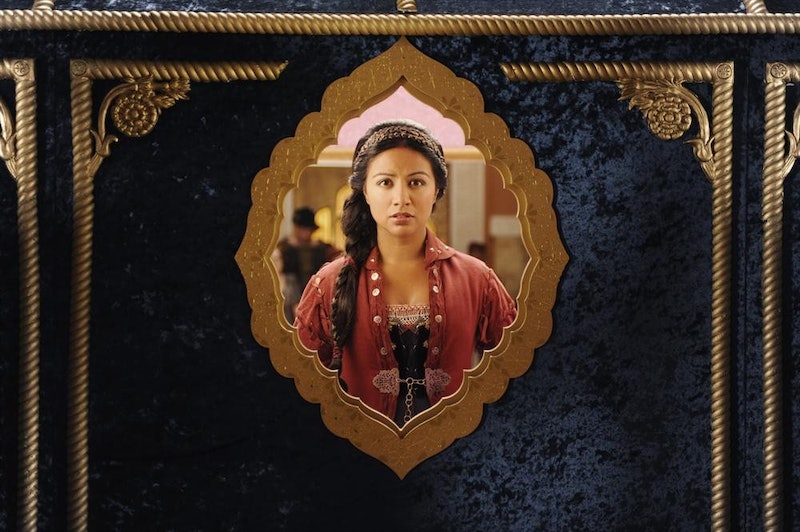 If you love music, adventure, and a dash of whimsy, then chances are you found the ABC fairytale-style musical Galavant to be extremely enjoyable throughout its four-week run. Sure, it could be seen as extremely cheesy what with knights and pirates sporadically bursting into song, which I suppose did not actually happen back in medieval times? (A missed opportunity if you ask me.) However, Galavant chose to embrace its silliness, inviting fans to be in on the joke with them. And the results proved to be pure comedic gold, at least for this girl. But did it garner enough popularity to get Galavant renewed for Season 2? As it turns out, there may be hope for our heroes after all.

The series acquired a whopping 4.3 million viewers for its season finale, sufficiently outdoing the network's veteran shows Resurrection and Revenge, which both rounded out to 3.7 million viewers. And let's not forget that the Screen Actor's Guild Awards was also going on at the same time, making Galavant's upsurge in ratings all the more impressive. But, of course, that's far from a guarantee that our fearless knight will live to embark on another adventure. Which is why I'm here to plead its case and beg ABC (and fellow viewers) to rescue our heroes from the clutches of a network cancelation.

This show deserves a second go 'round, not only because it demonstrated massive potential, but also because it left us with a ton of cliffhangers (seriously, nothing ended up getting resolved) that viewers deserve to see played out. Such as…

Now that Gal and the King have been sent off to parts unknown, one can't help but wonder the kind of mischief these two will get up to before inevitably embarking back to the kingdom to save the day. I'm never one to say no to a good, old-fashioned bromance, especially when vast amounts of drinking is involved. To me, this is reason in itself to allow the show to go on for another season.

With Kingsley dead, that leaves Madalena and Gareth in charge of running the kingdom, which should prove to be a rather intriguing partnership, especially since Gareth is far more villainously cunning than the lovable man-child King Richard ever was. Suffice to say, these two would be unstoppable. More please!

Not only did we not see a satisfying happy ending between Gal and Izzy, but the princess is now locked away in a tiny room by her prince fiancé/cousin, proving once and for all that children really are downright terrifying. Really, though, this whole marrying your cousin thing is highly unsettling, so I'm going to need some sort of escape plan out of this uncomfortable marital arrangement. Their union can't be my last parting thought of this series. It just can't, you guys!

This poor guy sacrificed himself so the others could escape, so what will he do now that he's the only one around to face Gareth's wrath? Will he escape and be the one to rescue Izzy? Will he become Madalena's next conquest? I need to know, writers! Don't leave me in the lurch like this. I even wrote you a song:

There is one thing that I know

I do not wish this show to go

A promising musical known as Galavant!

It's been a lot of fun

So please don't let it be done

This musical series they call Galavant!