Lee Daniels nailed it: Empire is an amazing camp masterpiece, and now I want Empire everything: bedsheets, a line of Cookie Lyon-inspired fur coats, and a live tour with the Empire cast and crew. The last one seems a little more likely than the rest. During an interview AllHipHop, Bryshere "Yazz the Greatest" Gray, who plays Hakeem, was asked point-blank: is Empire planning a tour with the cast? He wasn't able to answer in the affirmative, but, surprisingly, he didn't shoot the idea down. In fact, he made it sound like a distinct possibility. Gray said that the show has a "surprise" planned that will be announced fairly soon... sounds like if not a full tour, that they'll be having some kind of live performance.

But an Empire tour would be amazing, and I sincerely hope that they're putting it together right now. Gray, who does a lot of the rapping on the show, still hasn't mounted a full tour of his own, and he could use this as a jumping off point for his debut album. And there are a few more ways the tour should take advantage of all the new fans of the show.

Obviously inside the show, we can only get Hustle & Flow references in flashback form. Lucious has a history as a rapper, but we haven't heard too much about that yet. Of course, in concert the rules are a little looser, so maybe they can bust out a little "It's Hard Out Here for a Pimp"? The Three 6 Mafia and Taraji P. Henson performance at the Oscars was one of the greatest moments in pop culture ever, and a Henson/Howard collaboration may actually top it.

We Could Hear The Whole Cast Sing 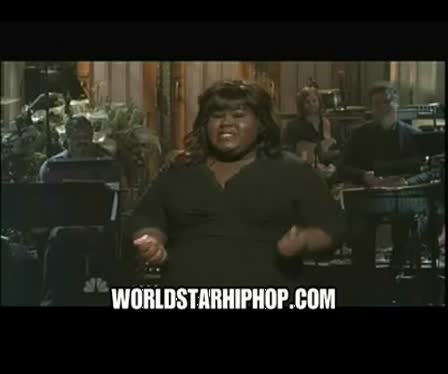 While on the show only Hakeem, Jamal, and the rest of Empire Entertainment's clients get to sing, the rest of the cast are able performers as well. Obviously Henson & Howard have sang onscreen before, but what about Trai Byers? On the show, he's stuck playing the stick in the mud, Andre, but he can sing IRL. And I'd love to see Gabourey Sidibe throw down some songs... she was ignored by American Horror Story: Freak Show's songs, but Empire can do better. She sang on Saturday Night Live , even though NBC has kept the clip of her song firmly behind the Hulu Plus paywall.

It Would Be The Best Ad For The Show's Music

As much as I'm enjoying the show's music in context, because the songs are so tied to the plot most of the time, I don't get the chance to enjoy them as well-written songs unless I look them up after the episode airs. But they're pretty great R&B/hip hop songs, and a concert that promises a bunch of celebrities will definitely get tons of new people to show up and realize that too, and they'll become real fans of the show. An Empire concert would totally get the last three people who aren't already watching the show to become big fans.