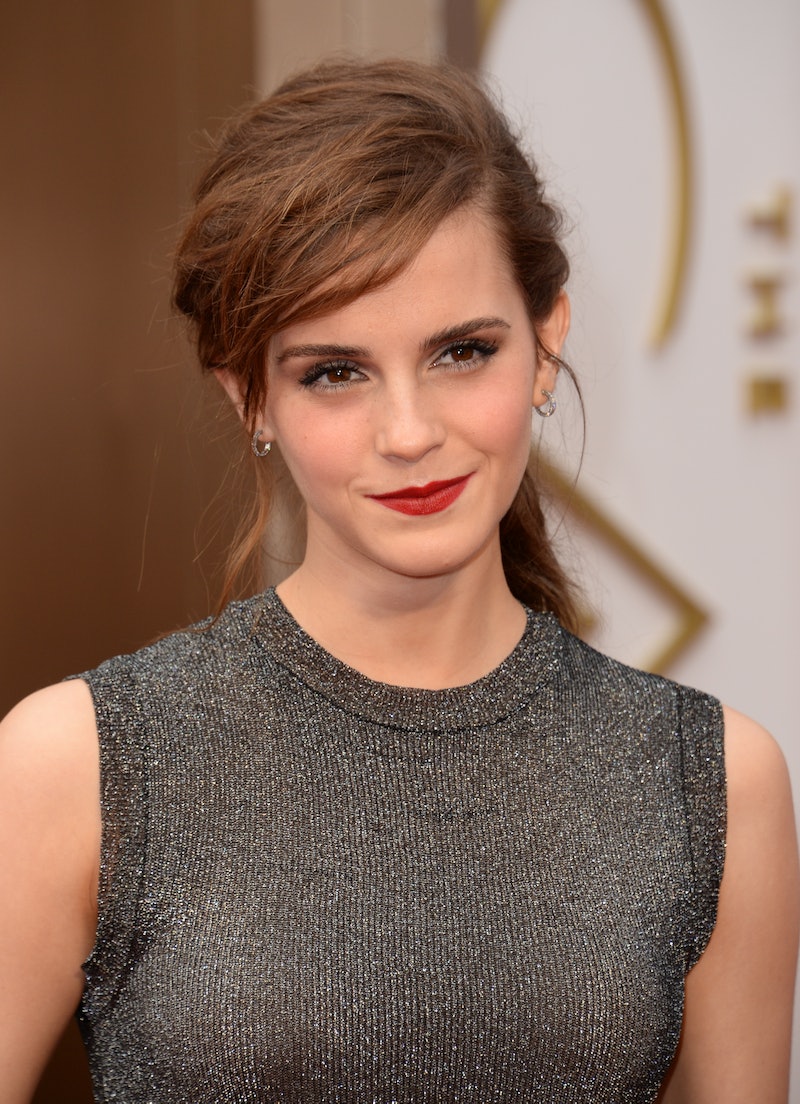 In my eyes, Hermione Granger can do no wrong. Yes, that also goes for the actress who plays her, because now Emma Watson is talking gender equality with her Twitter followers proving that she is as amazing as we already know. She needs a movie made about her, stat. What an inspirational story that would be, right? Not only does Watson take time to promote the HeForShe Campaign for the United Nations, but she sits down during her busy schedule to help guide young women when it comes to feminism and equality, which she did on Friday, Jan. 23. Seriously, what can't she do?

Not only did the actress do it out of the goodness of her own heart (because she's just that type of person), but she also answered questions and gave advice as part of HeForShe, while she was in Davos, Switzerland for the World's Economic Forum.

From telling women they can be working mother's to admitting she wants to see more female leaders in all areas of life to there being zero downsides to equality, Watson showed that not only is she a voice of reason, but she's also an inspiration to both men and women. With that said, here's proof that Watson is as fantastic as I think she is. If you don't feel the same way after reading these tweets, then I might have to get Hermione to put a spell on you.

Believe me now? Good, now let's talk about who should play Watson in the movie...