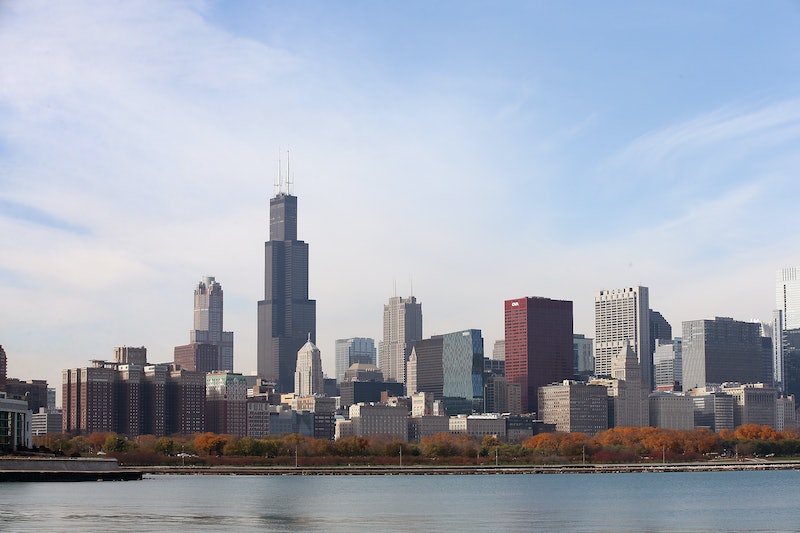 Because obviously everyone wants to spend their Hump Day work break reading about something absolutely disgusting, here's one for the ages: Pest control company Orkin just released their annual ranking of the worst cities for bed bugs in the U.S., and now I am rethinking every life choice I have ever made. Just kidding — mostly I'm just experiencing psychosomatic itching. Or at least, I hope it's psychosomatic...

Anyway, every year, Orkin ranks all the cities they service by the number of bed bug treatments they performed from January through December; then they release that list into the wild, because of course you can't just sit on all that information without doing anything with it. Said Orkin Entomologist and Technical Services Director Ron Harrison, Ph.D., "Bed bugs are a serious issue across the country and they're very difficult to control. Bed bugs are not limited to any level of cleanliness or income, which means they can be found in any home or hotel. They're great hitchhikers, and people often bring them inside on their clothes or in their luggage."

Gee, thanks for making me never want to travel again. Or shop. Or leave my house. Maybe I should just put myself in a giant hamster ball. Good luck trying to get in there, bed bugs!

A bunch of cities jumped quite substantially this year (Omaha, Nebraska had it the worst — they went up 16 slots, landing at number 21 this year), and a few made it onto the list for the very first time (hi there, Myrtle Beach!); others, however, dropped pretty significantly, including Syracuse, San Diego, and Atlanta. My adoptive home city of New York didn't do as badly as I would have expected; in spite of the outbreak on the subway last year, it didn't crack the top 10. Then again, out of a ranking of 50 cities, I'm not sure landing at number 18 is something of which to be particularly proud... but oh well. It could be worse.

Now, it's probably worth remembering that the ranking was put together by Orkin; on the one hand, yes, they definitely know their bed bugs — but on the other, any list, ranking, or study released by a for-profit company is, at least in part, an advertisement. But hey, at least in this case, we know their data is probably sound; furthermore, it's a pretty good reminder about just where we should go, should we find ourselves beset upon by tiny, blood-sucking terrors.

Anyhoo, here are the top 10 worst cities for bed bugs — illustrated with GIFs of adorable kittens and super cute puppies, because bed bugs are hideous. No one should have to look at 10 GIFs of horrifying bed bugs — ever. That would be the cruelest and most unusual punishment of them all. See the full listing of all 50 cities here, and don't forget to take whatever bed bug safeguards you have to in order to prevent them from entering your home. You do not want them invading. Worst. House guests. Ever.

Three years in a row at number one, Chicago? Ouch. You might want to do something about that.

Well, Columbus may not have improved from last year... but at least they didn't worse either, right?

And taking the prize for biggest rise in the top 10 is Dallas - Ft. Worth, which jumped a whopping seven spots over the past year. Ouch.

Yet another Ohio city? What is this, the Anti-Ohio Bed Bug Brigade? At least the city dropped two slots from 2013.

Like Clevelend, Denver jumped one solitary slot this year. Don't let the bed bugs near your weed, Coloradonians — that might cause them to turn into super bed bugs, and if that happens, we're all screwed.

Virginia's capital is apparently quite the bed bug haven — and more so this year than it was last year. This area jumped two slots.

Man, bed bugs really like Ohio, don't they? Sorry, guys. You must have particularly delicious blood. At least Dayton is getting better, though; it dropped three spots in the ranking from last year.