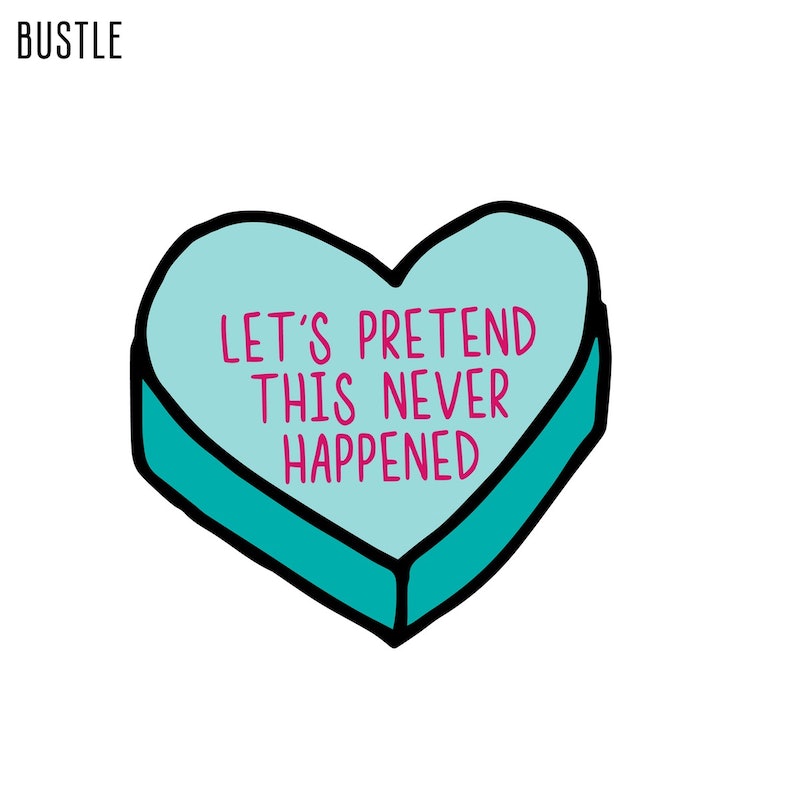 Remember that first box of Sweethearts that was left in your Valentine’s Day mailbox at school? You dug through it furiously, hoping for some kind of sign from your secret crush — maybe “IM ME” or even “KISS ME” — but all you found were ones like “ALL STAR” and “COOL CAT.” This perennial favorite Valentine’s Day gift has been sending people mixed signals for nearly 150 years, and today more than 100,000 pounds of the fruit-flavored confectioneries are sold in honor of February 14.

From the classic “MARRY ME” and “BE MINE,” to the oddly specific “NATURE LOVER” and “LOVE MY TEAM,” to the timely “FAX ME” and “TWEET ME,” these sweet treats have served as a kind of track record for the ways people communicate and express themselves year after year. New sayings are added while dated ones are taken away each season, and sometimes, consumers can vote for what they’d like to see added to the mix.

Three varieties of this classic candy will line the shelves this Valentine's Day: the original Sweethearts, which have the standard “LOVE ME” and “SURE THING”; Dazzled Tarts, which have playful sayings like “LOVE YA” and “BFF”; and an En Español version with Spanish sayings like “TE AMO” and “BESO.” And now, thanks to the power of the Internet, you can even make your own custom Sweethearts for that special someone if the varieties out there just don’t have the right sentiment for your Valentine.

This year, fan-sourced phrases were added to the Sweetheart roster, including "PUGS & KITTENS" and a mustache emoji. I particularly appreciate the reinstated "GIRL POWER" candy, but I can't help but notice that for the 149th year in a row, literary sayings have been overlooked. If you too are appalled by this oversight, have no fear: we have literary candy hearts for the holiday. Because, really, books and their titles cover all of the bases for your Valentine’s Day needs.

Trust me, it works better than "have it your way."

Because what happens when you're drinking tequila really shouldn't count.

No, I don't care about your fantasy football league and I never will.

You're a little too Christian Grey for my taste.

I'm simply exploring my sexual interests, and if you have a problem with that, then you can take it up with Beyoncé.

To the ex who changed his Seamless password after the break-up, this one is for you.

I saw every Meg Ryan romantic comedy. Consider yourself warned.

I'll let you pat mine if you let me pat yours.

Or is you're promise to stay quiet a Secret Service kind of thing?

Like MeatLoaf, I too would do anything for love... but I won't do that.

This compliment ranks up there with "DREAM GURL" and "URA TIGER".

This can work two ways: as in, "you're wicked annoying and I'd rather not be your Valentine," or as in Chris Isaak's "Wicked Game." You pick.

I'm simply swept away by our mutual love for Taco Bell.

Please, you had less of an effect on me than Juno did on New York City.

PPS, I love your HBO GO subscription even more.

To be paired with "PLAY TIME" and "WINK WINK."

Let's just cut to the point, shall we?

Has there ever been a more romantic sentiment?