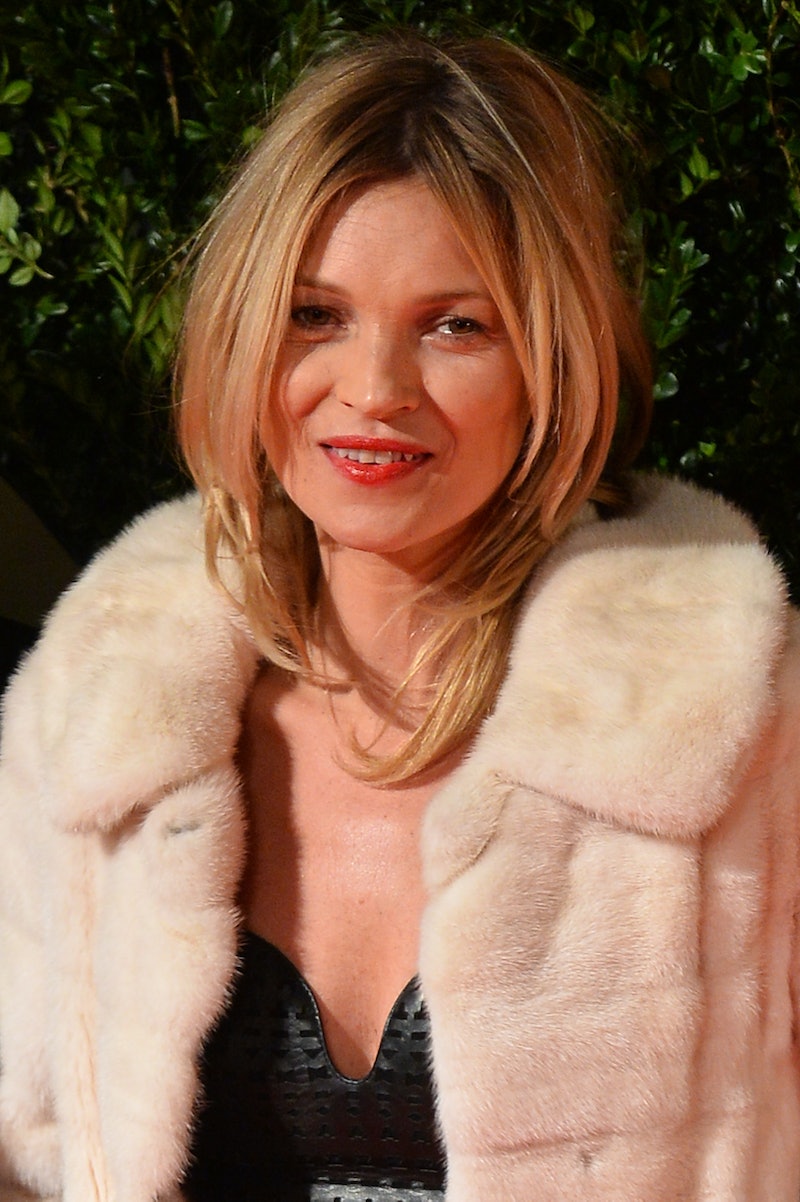 We would all assume that Kate Moss would have a really, really awesome house, right? I think that's a given. You know, the kind of house where there's a guest room reserved specifically for Kanye West or, I don't know, a special blender for special smoothies that only Paul McCartney gets to use. Well, thanks to Moss' recent home tour featured in Vogue , we can now see just how very awesome her house is. Yes, it's as fabulous as you expected and yes, she has a lot of handbags.

But in the tour/interview, there were a few things that Moss revealed about herself, her hobbies, and, of course, her home that surprised me while reading. Things that made me say, "Wait, wait, are we still talking about the Kate Moss?" These surprising things aren't necessarily shocking for any normal human being, but this is Kate Moss, not some run-of-the-mill super fancy, super rich model. She's in a league of her own. It's all very eye opening, really. Also: If you think you have an impressive sunglasses collection now, just wait until you see Moss'. Spoiler: Yours really isn't that great. You'll have to head to Vogue or watch the video to see everything for yourself, but here are seven of the most surprising things the interview revealed.

REALLY. Is this not the best thing you've ever heard? I honestly have never taken such joy in a pointless bit of celebrity trivia.

2. Mario Testino's Portrait Of Kate and Her Daughter Hangs In Her Bathroom

I think you know you're THE MOST famous when you have a portrait done by Mario Testino and you decide to hang it in THE BATHROOM. Because it's just no big deal, really.

3. You Know That Playboy 60th Anniversary Cover Shoot She Did?

Well she still has the whole costume. This I think is just pretty awesome, and something I would also do — you know, if I was ever on the cover of Playboy. Come on. It could happen.

4. She Uses A Sculpture As A Hat Rack

But wait, it's not just any sculpture — it's a sculpture of herself, done by Marc Quinn. Again: Things that happen in your house when you are REALLY famous. Like, "Oh, no big deal, let me just use this SCULPTURE THAT WAS MADE AFTER MY LIKENESS AS A CASUAL PLACE TO STORE ACCESSORIES."

5. She Drives A Classic Porsche

6. She Has So Many Pairs Of Louboutins That...

Christian Louboutin actually designed a new shoe and named it after her —the 'So Kate,' you may have heard of it.

7. She Has An Entire Floor-To-Ceiling Closet For Handbags

You're really going to have to see the photo to wrap your head around this one.

And in case you want more of Kate Moss (don't we all), here's the video that went along with the Vogue home tour piece.