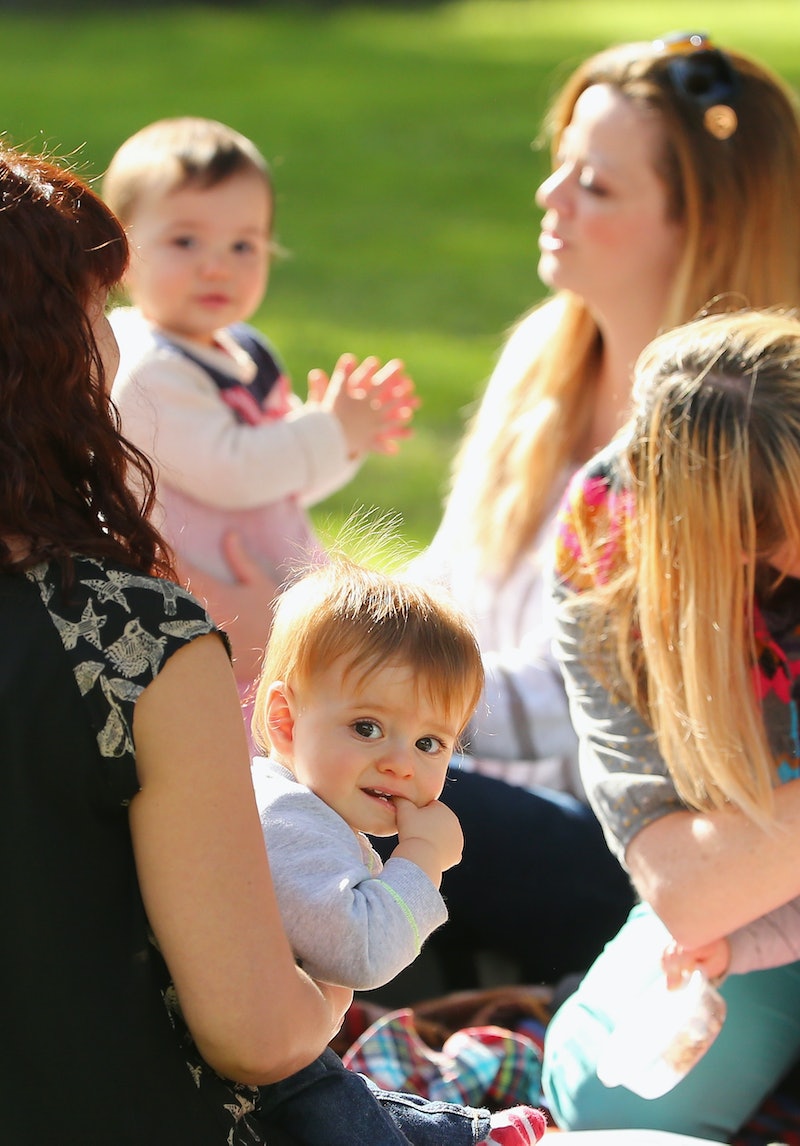 It turns out that the most likely factor in what kind of parent you'll be isn't how many parenting books you read or even what your relationship status is. Rather, the biggest impact on parenting is socio-economic status. It might not be intuitive, but according to a report from the Council on Contemporary Families, it's the truth. So...does this mean maybe everyone can stop giving single moms a hard time now?

The Council on Contemporary Families is a nonprofit, nonpartisan organization comprised of professionals in various fields — from economists to sociologists to social workers — whose purpose is "providing the press and public with the latest research and best-practice findings about American families." And it seems that based on their research American families are actually doing pretty well overall when it comes to having good parents, though we do have a higher proportion of children who are "financially disadvantaged." And this matters more than you'd think because income is actually a pretty huge predictor of parenting style.

Although single parents are more likely to live at or below the poverty line due to the fact that financial instability is a major impediment to marriage, differences between income brackets are still more significant than differences between couples of different marital status when it comes to parenting. "For example, the extracurricular participation in sports of children in families at 200 percent or more of the poverty level is 42.5 percent, while the participation of those in poverty is 22.5 percent, a difference of 20 percentage points," the report explains. "The difference between children of two married parents and children with a single parent was only 10 percentage points (44 percent vs. 34 percent)."

In other words, being a single parent doesn't have a drastic impact on how well your child is parented. And that's important, because for one thing, it is incredibly difficult to do the work of two parents when you are only one person, and the fact that so many single parents seem to be able to pull it off so well is impressive. Seriously, these people deserve some major props.

But for another thing, there's a persistent cultural myth that the rise of single mothers is some sort of national crisis because of course these women couldn't possibly be good parents or raise their children right. But as it turns out, single parents still do a pretty terrific job, and if there are "problems" with the modern American family, it's probably due to the fact that so many families are financially disadvantaged.

"In spite of living in what are difficult economic circumstances, the differences in these parenting behaviors between single parents, cohabiting unmarried parents, and married parents are comparatively small," the report explains. "If anything, the report documents the serious attention to parenting made by parents who are caring for children in difficult circumstances and highlights the importance of continuing to focus on improving economic and employment opportunities for parents and for guardians of young children."

More like this
The Best Time To Date After A Breakup, According To Experts
By Bustle Editors
Why Experts Say Sleeping With A Fan On Isn’t Totally Risk-Free
By Sophie McEvoy
20 Things You Should Never Tolerate In A Relationship
By Rachel Sanoff and Kathleen Ferraro
12 Ways You're Sabotaging Your Love Life
By Teresa Newsome and Lexi Inks
Get Even More From Bustle — Sign Up For The Newsletter