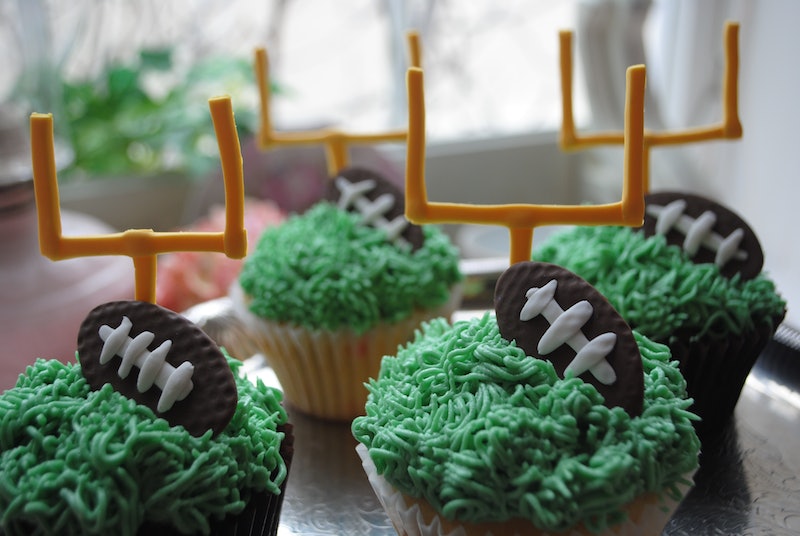 So, you couldn’t care less about the Super Bowl, huh? Come out of the shadows my friend, because you are definitely not alone. Many share your indifference (or disdain) for the holiest of ‘Merican Sundays, the most frat-tastic of all sporting events — the one day of the year people watch TV just for the commercials. Contrary to popular belief, there are other things to do on Super Bowl Sunday besides just watching football, and it's time you reclaim your weekend back from the crazy football fans screaming at their television sets across the country. No, seriously — there are better things you could be doing with your time.

It’s time you stop fake-enjoying house parties like you fake-enjoy your co-worker’s company after hours — and most importantly — stop holing up in your apartment ignoring texts to join the dude-a-bro brigade causing a commotion at your neighborhood sports bar. There is power to be found in numbers, people, and February 1 belongs to you and your pig-skin humbugging friends, too. So just in case you'd rather do, oh I don't know, seriously anything other than crowd around a greasy plate of chicken wings all in the name of "Super Bowl Sunday," here is the Sunday Funday guide to avoiding the Big Game in the Big Apple, according to your mood.

If you’d rather play sports than watch them, challenge yourself or your friends to these fun mind and muscle games.

See who’s got the best beer-and-shuffleboard-balancing act in Brooklyn at The Royal Palms Shuffleboard Club. Don’t know the rules of the game? No problem. The staff will prep you on how to play. Courts are rented for $40 per hour on a first-come-first-served basis.

Paint Nite, anyone? Featured on Bravo TV’s The Singles Project, this spot isn’t just for date nights. It’s a place where you and your buds, for $50 to $65 per person (with no artistic talent), can enjoy cocktails and return home with a masterpiece. There are multiple locations, class times, and art subjects to choose from, along with ever-changing cocktail lists. Reserve an event now before classes are full.

Escape the Room is something to try for only $28 per person. With two locations in Downtown and Midtown Manhattan, you’ve got a few settings from which to, well, escape. The goal is to find hidden objects in the room, follow clues, and solve the puzzle to “earn your freedom.” Prepare to be there for 90 minutes, though.

Don't feel like going out on Super Bowl Sunday? Not a problem. Let the party come to you.

The most relaxing way to spend an anti-Super Bowl Sunday is to stay in and get pampered, which is why you should consider a Zeel Massage that can be booked in seconds using its apps for iPhone or Android for yourself, or to share with friends or roommates. Turn off the TV and turn up your Zen playlist, while Zeel delivers massages from vetted, licensed massage therapists in as little as an hour. Any time during the big game day can be reserved, as early as 8 a.m. and as late as 10:30 p.m.

Another special for you homebody, fancy (pajama) pants out there comes from Caviar, a premium food delivery service that brings the city's best cuisine (not just mediocre pizza and greasy Thai you often find on other delivery sites) to your doorstep for a flat fee of $4.99 in Manhattan and Brooklyn. This is best paired with a marathon of New Girl or Broad City, duh.

There are quite a few Super-Bowl-free zones in NYC for boozy brunch, leading to late-night mischief (because I know that’s why you’re really reading this).

The West Village's new Duet Brasserie hosts live jazz for entertainment with Happy Hour from 3 p.m. until the end of the game. The non-football obsessed can do some convivial lingering over $6 house wines and draft beer, $7 cocktail of the day, and the mouthwatering menu of Bar Bites and Mouthfuls, including east coast oysters, lobster burgers, and its signature “mac n’ three cheeses” dish.

There’s also an anti-Super Bowl Sunday party at Sotto 13 on West 14th Street from 11 a.m. to 4 p.m., where you can enjoy a prix fixe brunch for $29 per person. Sotto 13 also has a DIY Prosecco Bar where you can try your hand at mixology with various liqueurs, fresh fruit purees, and tasty garnishes.

Il Bastardo is back in Chelsea if you’re into a non-Super Bowl themed party with a Vegas-style vibe, including a DJ and dancers for only $40 per person.

Lastly, for Brooklynites, head to Smith Street’s We Olive for a charming selection of wine, olive oil, and good eats. You’ll want to opt for the $29.95 brunch special with a small bite like a Burata Caprese Crostini and a main menu item such as the ricotta and prosciutto panini with truffle and honey.

Now, get out there and hit the city like: “Touchdown for what?!”