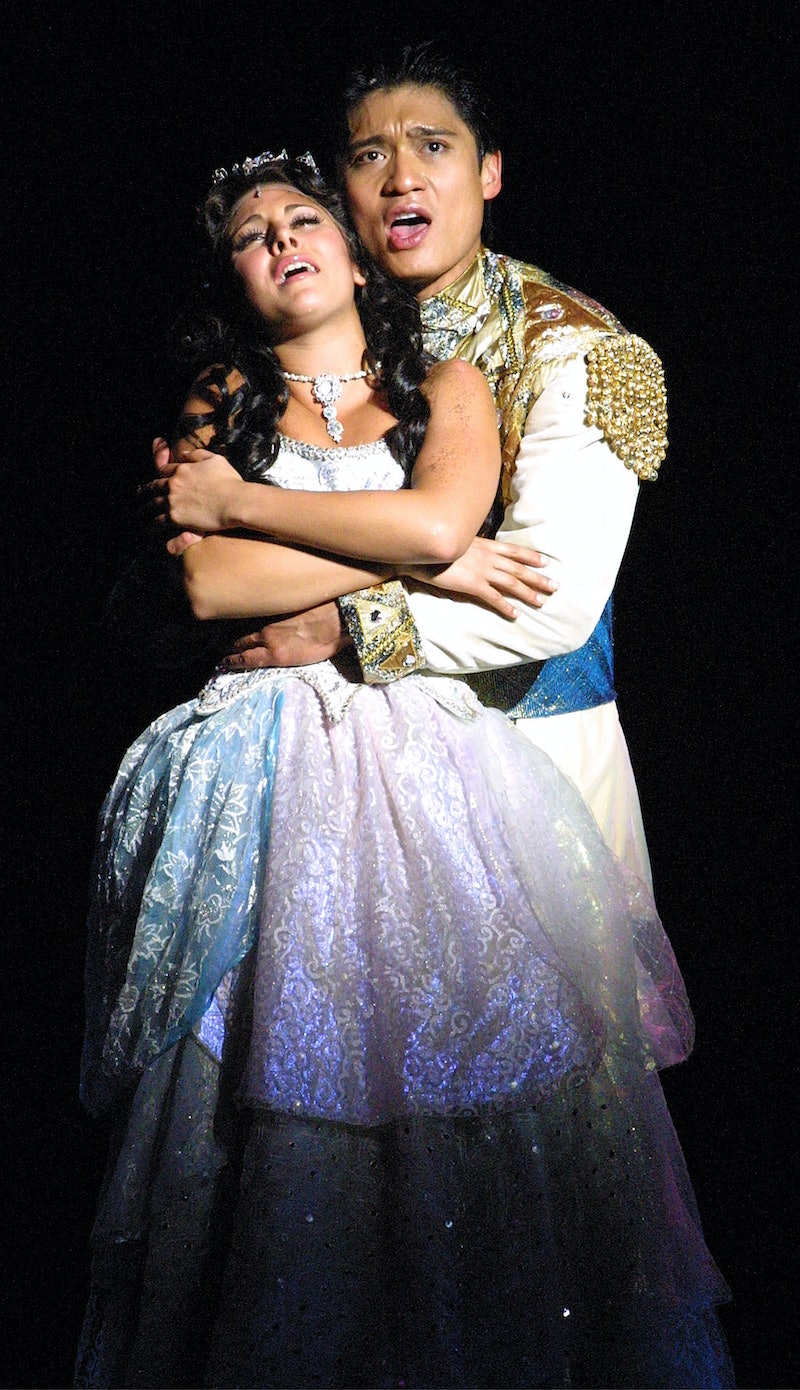 First it was Glee, then it was Once Upon a Time, now they're making a movie version of Into the Woods... so really, it was only a matter of time until ABC got a proposal for a musical comedy fairy tale. This one comes Dan Fogelman, who last worked on the ok-to-good sitcom The Neighbors — but more importantly, he wrote the screenplay for Tangled, so he kind of knows what he's talking about here, okay guys? He's also enlisted composer Alan Menken, who wrote the score for virtually every Disney animated musical you've ever seen.

The series is called Galavant, and will follow Prince Galavant (duh) on his quest to seek revenge on the king who stole his one true love.

The fact that it's not taking the Once Upon a Time strategy of "let's have all the fairy tale characters in the show!" already shows promise. And since the music and lyrics will be original, it probably won't follow Glee's path of cheese (mmm...path of cheese). Really, the best way for this show to go is to follow in the footsteps of a movie like Enchanted, which freely poked fun at fairy tale tropes. Currently, our culture is so inundated with fairy tales that audiences know every magical gimmick, so why not have a little fun with it?

Wait... did you hear that? I think Kristin Chenoweth just opened her windows and started singing to birds and preparing for her audition. Guys, she knows.

More like this
At 28, Lesley Manville Was Acting, Picketing, & Singing Kate Bush Songs
By Olivia-Anne Cleary
Reese Witherspoon Gave Fans Hope For 'Legally Blonde 3' After This Surprising Movie Inspired Her
By Jake Viswanath
22 Movies On Netflix That Are Perfect For The Whole Family
By Bustle Editors
Everything To Know About The Musical 'Joker' Sequel – & Lady Gaga’s Role
By El Hunt and Sam Ramsden
Get Even More From Bustle — Sign Up For The Newsletter