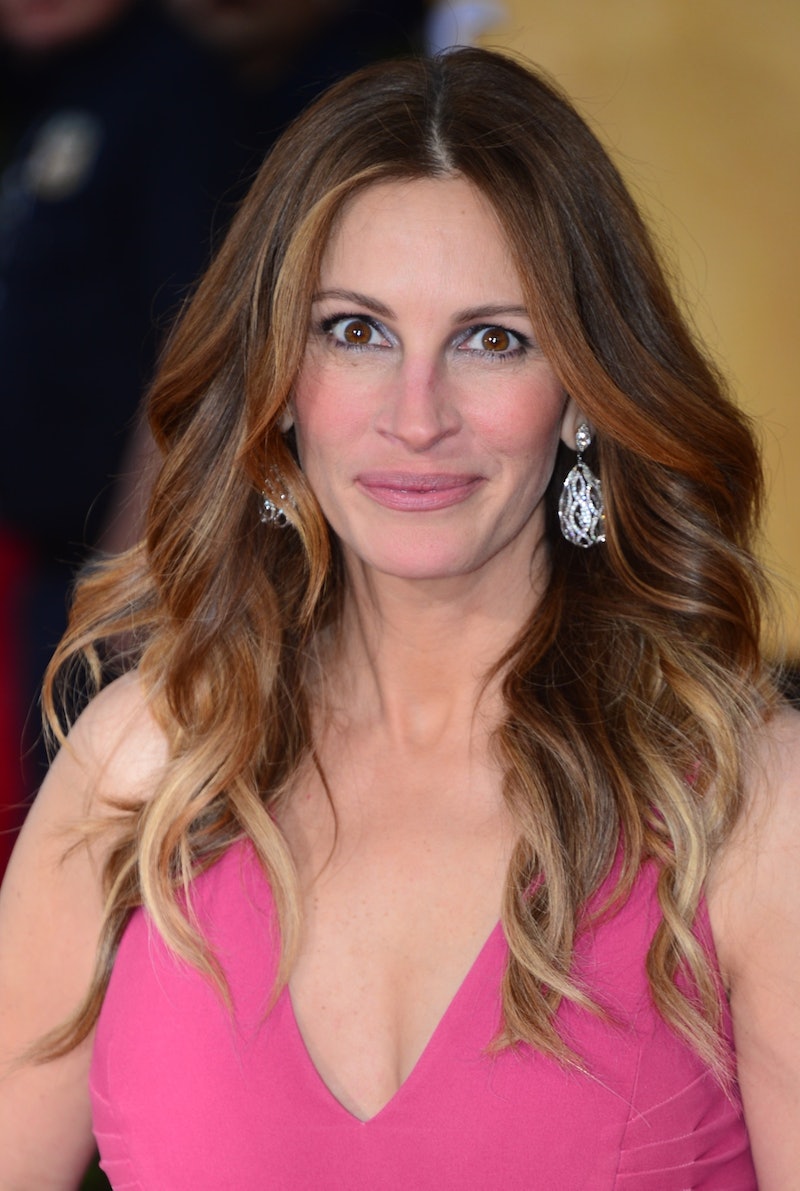 Well, this sure is a brand new 'do. Julia Roberts was spotted with bangs on the set of her new movie, so let the speculation begin: wig, or sheared chop?

While on the Pasadena set of The Secret in Their Eyes, Roberts' new film, the actress was photographed (alongside her husband Daniel Moder, who dropped by for a visit) with some new fringe. Julia's usually sleek, middle-parted hair was replaced with heavy and blunt bangs, and the rest of her brunette locks hung just below her shoulders in loose waves. Unfortunately, none of the photographs gave us an aerial view of her head to see the part line and better decipher if this is a wig or a fresh chop, but my guts telling me they are probably fake, maybe a wig, or at the very least, some high quality clip-ons. Either way, she rocks it, and it's nice to see her with a different style than her usual (not that it isn't already fantastic). And besides, it's only a matter of time before we see Roberts back on the red carpet (maybe at this month's Oscar awards?), so that should answer the question — are these bangs the real deal?