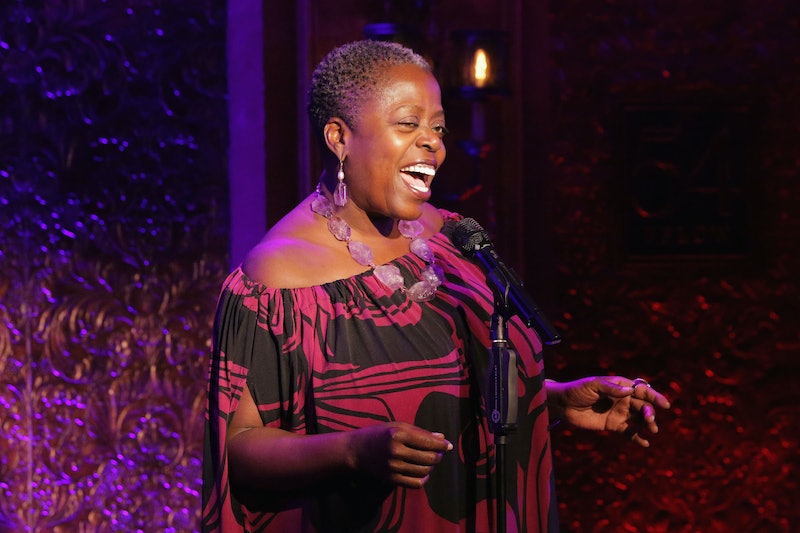 There's a new kind of intrigue coming to Gotham this week. The latest episode is titled "The Fearsome Dr. Crane," which Batman fans know is referring to Scarecrow. However, there's a guest star listed for this week's Gotham as "Bible Woman," played by Lillias White. Is she somehow related to the Doctor Crane storyline, or is this a red herring? White may not be familiar to television audiences, but she should be. She was on Sesame Street in the early '90s, voiced one of the Hercules muses, and is a Tony Award-winning Broadway star. So she is not likely to be an insignificant character. The TV Guide description of the episode is as follows.

Could she be the killer targeting the phobias? No, we have good reason to believe that the phobia fan is Gerald Crane, a biology teacher who will become the Scarecrow. I think it's more likely, unfortunately, that she's one of Crane's victims. Her "bible woman" title is very interesting. Perhaps she's holding one. Perhaps she's selling them. Perhaps she leads the phobia support group that the Scarecrow is targeting. I actually think that's the most likely. Many support groups meet in churches and have a religious backbone of some sort. Whatever the case, I don't think the actress is going to be cutting anybody open any time soon.

If "Bible Woman" is a witness, I only hope that the Gotham Police Department takes better care of her than last week's witness, who ended up dead. I know Gotham City is supposed to be corrupt, but that was just sloppy! It's not a safe place for fans of justice. I will say this for Gotham — you understand why the city needs a vigilante from the get go. Even the young Selina Kyle publicly recanted her witness testimony to save her own skin. Let's hope this "Bible Woman" didn't see anything, or she is not long for this world.

In this preview clip for the episode above, Detective Bullock seems overconfident about finding the villain and insists that he or she is working alone, against Gordon's doubts. That tells me that Harvey has something wrong. I know how to spot a red herring on this show. What if the "Bible Woman" is Gerald's mother, or partner in crime somehow? If the two are involved, this could put a new spin on the Scarecrow's obsession with what makes us afraid. The phrase "fear of God" comes to mind. Perhaps, as he is a scientist, her faith is what scares the Scarecrow.

Of course, what White should be doing on this show is singing. Her voice is incredible! Are you sure we can't sneak her into Fish Mooney's club for a song or two?