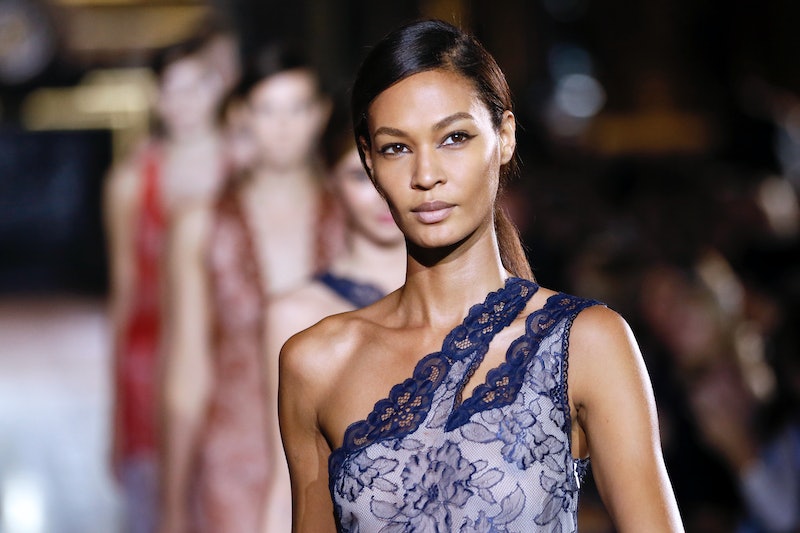 Prabal Gurung's 2015 Spring/Summer ad campaign is here and it's fronted by the ever-gorgeous Joan Smalls, who is pretty much thermonuclear — she definitely brings the heat in these images. Joan Smalls for Prabal Gurung is all about details, like sideboob that is subtle and sexy, not vulgar. The collection is chic, as to be expected, but it's elevated by the key details, like the hints of skin that the clothes allow to be seen.

Also, Smalls wears these clothes. They don't wear her. Her makeup is minimal, as well, and it doesn't compete with what she's wearing.

Daniel Jackson lensed the campaign, shooting a combo of soft, color images and sharp, black and white photos that make for a striking juxtaposition. The sexiness of the images exerts itself with the thigh-high slit of the dress and the deep V and the sideboob that is exposed by the blazer.

Smalls isn't smiling and she doesn't need to, since her stare pretty much smolders in a way could cause the magazine in which the ad is placed to spontaneously combust.

Smalls has a leg up here. I'm loving the piping and the belt.

Double-stick is clearly the friend of the confident woman who dares to wear this enviable ensemble.