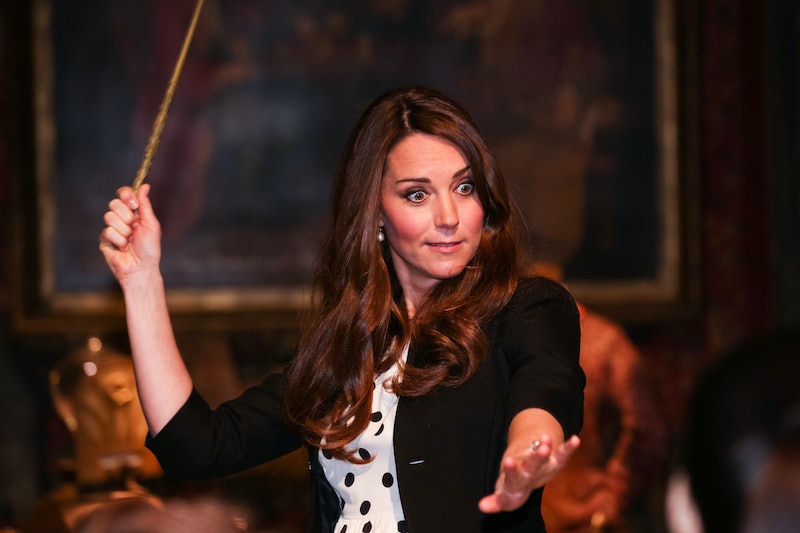 The Week In Geek is our round-up of this week's best under-the-radar tech stories—the stuff we laughed at, were amazed by, and nerded out about.

On Thursday, Snapchat rolled out a feature that merges your last Snap into a single tape of your last 24 hours' worth of content. Imagine a world in which people you've met twice could send you single Snaps of their breakfast, lunch, and dinner, plus a little video of a midnight snack to boot. Yup: That world is here.

It's called Snapchat Stories, and it's intended for the creation of a 24-hour "story" to send to your friends. Said the company in a blog post:

When you add a Snap to your Story it lives for 24 hours before it disappears, making room for the new. Your Story always plays forward, because it makes sense to share moments in the order you experience them... Your Story never ends and it’s always changing. The end of your Story today is the beginning of your Story tomorrow.

Brushing Your Teeth Is About To Get A Lot Quicker

Sure, we all made fun of Justin Bieber when he lazily made his bodyguard carry him up the Great Wall Of China, but if you could use technology to passively brush your teeth in under ten seconds, would you really say no?

Blizzident is a brand-new company that's trying to make that happen. The company 3-D prints a mouthguard-like contraception in the shape of your actual mouth, and adds bristles. You shove it inside your mouth, and it brushes all your teeth for you in all of six seconds. Said its spokesperson to Mashable: "It was the intention of the designers to make toothbrushing as easy as biting into an apple."

Sure, the device will set you back a few hundred bucks... but can you put a price on having that extra two minutes a day to play with?

Because selling more than 10 million iPhones in a couple of weeks is small fry to Apple, the company is apparently joining forces with small, no-contract carrier Boost Mobile, a broke-ass division of Sprint. Apple has already given its newest models to little-fish carriers like Cricket and Straight Talk, in a push to extend its reach.

The Next Big Thing? A Curved Smartphone

Two South Korean smartphones megagiants, Samsung and LG, are set to release curved models. Samsung has announced that it'll bring one out next month, and the Wall Street Journal has leaked prototype photos for LG's curved model coming in November. The "curving" trend feeds into the rise of wearable tech, championed by Samsung's "smartwatch" model and Google Glasses, and the move could usher in the rise of screens that fit onto your body, fold in your pocket — you name it.

Unfortunately, both companies haven't seen much success with curved technology in the past. Both LG and Samsung brought out curved televisions for a casual $13,000 apiece, which to no-one's surprise absolutely did not take off. Prices were later slashed by a third.

We're pretty sure Google acquires an average of one company a week these days, but it's pulled out all the stops for the startup Flutter, and is moving its latest purchase to its Mountain View HQ. Flutter created an application that could recognize a user's movements through a desktop, so you could control iTunes or your e-mail inbox by waving your hands in the air. You'd probably look a little strange, but that's what it takes for a keypad-free life, right?

Flutter launched in 2010, the year that they figured out, according to their site, that a mouse and keyboard were the "greatest threat to human-computer interaction since carpal tunnel syndrome." Google will likely embed the technology into their Chrome browser, so at some point you'll be able to control things by waving your arms like a magician gone awry.

An Exercise In How Not To Run A Smartphone Company

After BlackBerry's epic downfall that culminated in a billion-dollar loss in three months and a hasty buyout, there are pressing things we geeks want to know: Namely, how did this happen? And is there going to be a movie?

Well, an extended profile of the company in The Globe And Mail, which included interviews with the company's top execs, answers at least one of those questions. Some takeaways: After the first iPhone came out, which we now know spelled BlackBerry's downfall, Verizon asked BlackBerry to follow up with a touchscreen of its own. Because BlackBerry did this really badly, Verizon gave up and went to Motorola and Google for a model instead. And last year, the company's one-time CEO quit the board and cut all ties to BlackBerry after his plans for an instant-messaging revolution for the company were opposed by BlackBerry's founder and CEO.

You can read the full piece here.