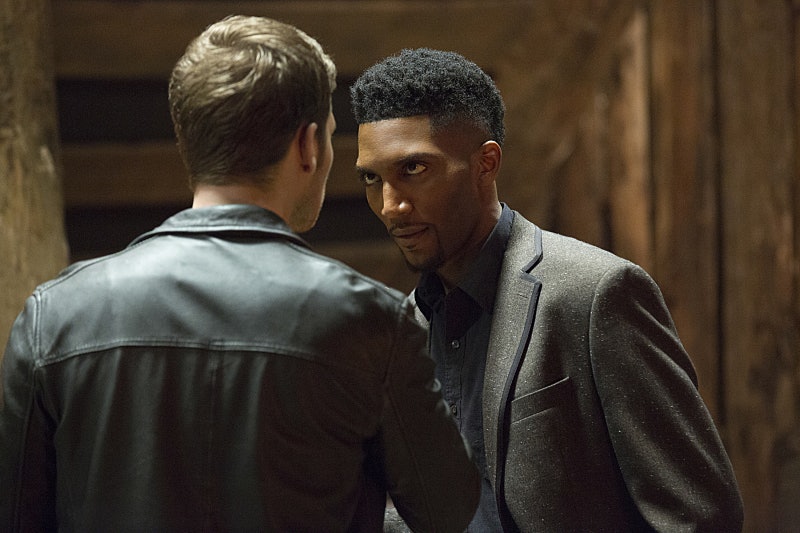 And Klaus Mikaelson's paranoia gets the better of him once again. On Monday's episode of The Originals , "Sanctuary," Finn that Hope is alive while Klaus was busy chasing the wrong shady character. Instead of being concerned about the plotting and probing of his murderous and, frankly, psychotic brother, Klaus tried to stop Hayley and Jackson's marriage because he thought Jackson couldn't be trusted with the secret of Hope's existence. Well, as usual, Klaus put all of his anxiety into the wrong basket — on Monday, Finn found out that Hope is alive and now he plans to kill her. Because what's The Originals without some mad person trying to kill a baby.

I'll be honest, at first I was totally on Klaus' side with this one — why does Hayley need to reveal her deepest, darkest secret to this guy? And what's stopping Jackson from turning on Hayley as soon as he and the wolves get exactly what they need from this marriage? Well, apparently, love. I know, that's the worst thing you've heard all night aside from Hayley growling into Klaus' face that she trusts Jackson. But, while I'm still not sure that Klaus isn't 100 percent right about the wolves' motives for this marriage, he clearly was worrying about the wrong thing.

Klaus truly underestimated his brother and the madness that's consumed him since Esther's storyline ended. But, to be honest, I'm still trying to figure out how in the hell Finn manages to do anything when he's so incredibly nuts. Either way, however, Klaus' biggest threat isn't Hayley and the wolves and while he was obsessing over them, Finn was pumping Marcel for details about Klaus' "big secret." And he got exactly what he was looking for — Klaus, thinking he covered his tracks perfectly, actually revealed the finally piece to Finn's puzzle. Marcel not knowing how Hope "died" led Finn straight into learning that she's actually alive somewhere.

And, boom, just like that baby Hope is in danger again from an unhinged, maniacal witch. Klaus should probably stop beating up wolves and start keeping an eye on Finn. Because, while Esther might've done a number on her son, he's clearly still got a fight in him and he plans to bring it straight to Klaus' front door.