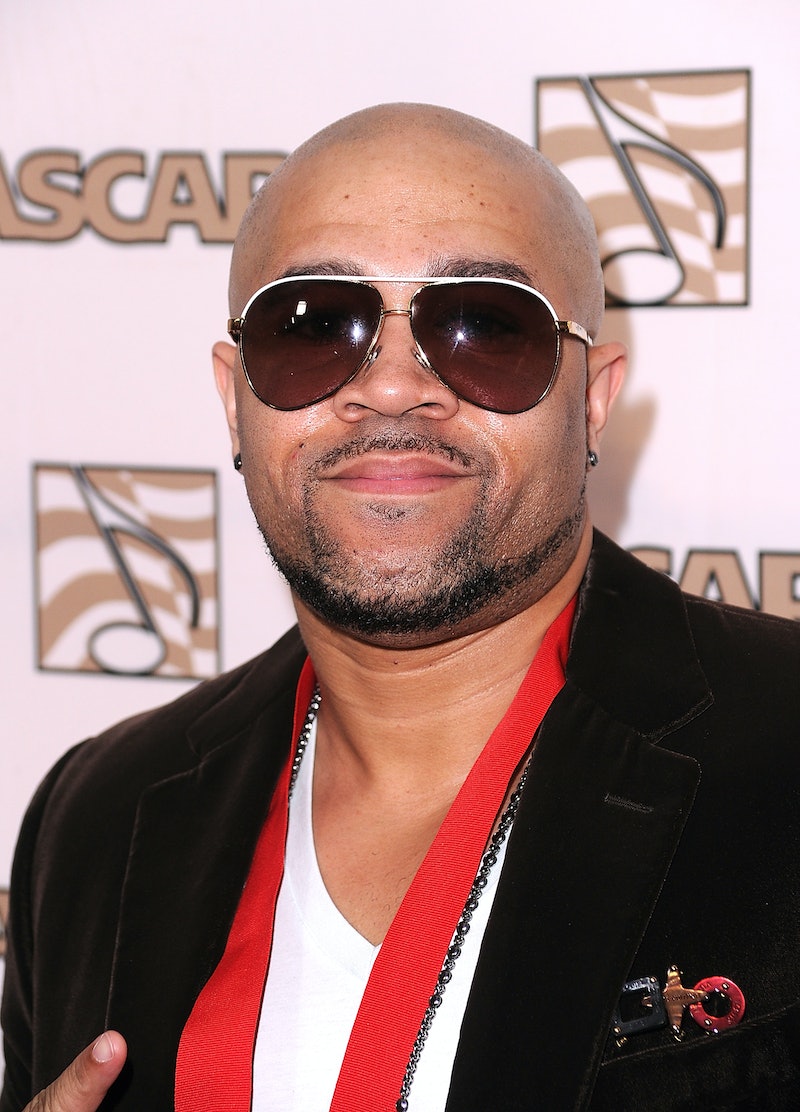 Since Empire began airing over a month ago, fans and critics have been have raving about the show's original music. I've had "No Apologies" on steady rotation for weeks now, and each episode brings more songs that I can't get enough of. Most of the credit for Empire's awesome jams goes to executive music producer Timbaland. But there's someone else who's also responsible for the songs that Jamal, Hakeem, Tiana, and the rest of the cast perform each week. Singer/songwriter/producer Jim Beanz is Empire 's main lyricist and songwriter. And though he's not as big a name as his boss, Timbaland, Beanz is a music industry superstar.

But, as of Empire's fourth episode, Beanz is no longer just working behind the scenes. Credited under his given name, James Washington, the songwriter also plays rapper Titan, whom Lucious schemes to steal away from a rival. Beanz never set out to act on the series but, according to the Wall Street Journal, he lucked into the part. The actor who was originally supposed to play Titan dropped out at the last minute, and no one else knew the character's lyrics except the guy who wrote them. So Beanz rushed to the set, and ended up performing the role.

Check out Beanz, as Titan below.

The Timbaland protégé may be new to acting, but he's been working in the music industry for a long time, and his list of collaborators includes more than a few chart-toppers. Let's take a look at some of Beanz' most successful songs.

Beanz served as the vocal producer for Spears' "Womanizer," meaning that he was specifically in charge of the way her voice sounded on the track. I guess he did a good job: the 2008 song made it all the way to to number one on the Billboard Hot 100.

Considering that Beanz works with his mentor at Timbaland Productions, it only makes sense that he helped out with Furtado's 2006 comeback album, which Timbaland produced. Again, Beanz was the vocal producer for this song, and he sang his own background vocals as well.

In addition to being the vocal producer for "All Night Long," Beanz himself wrote the lyrics to this Lovato number, about picking up a cute boy at a club. Maybe he could convince Missy to stop by Empire. After her awesome surprise Super Bowl performance, what better way to solidify her comeback than to do a song on a hit hip hop show?

In 2008, Beanz co-wrote "Believe" for Russian singer Dima Bilan. Bilan then went on to win the Eurovision Song Contest, an annual competition among 56 European countries. Penning a song for Eurovision, which is known for being over-the-top and campy (did you see that interpretive dancer?!), was perfect practice for working on Empire — which is also often over-the-top and campy (in the best possible way).

We know that Titan is scheduled for one more Empire appearance, so expect to see Beanz rapping on your TV sometime soon. Until then, he's left you a whole lot of hits to pass the time.