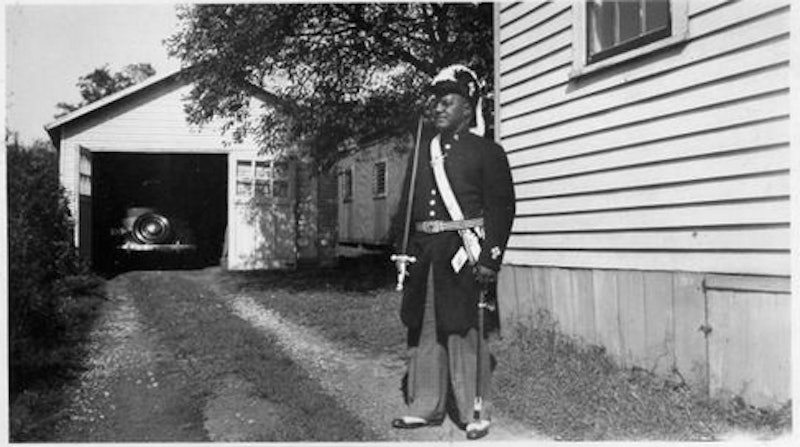 I have one major problem with Black History Month and it’s the fact that it’s still necessary. Because that means that black history, along with the history of other people of color, is still getting skimmed over in American history around the country. I believe that it’s a similar sentiment that inspired Mikki Kendall, writer and co-editor of hoodfeminism.com, to create the #HistoricPOC hashtag. In an article for TIME, Kendall says she was inspired by a conversation in which online commenters justified the predominantly white cast of Agent Carter. Because apparently people believed New York life in the 1940s was too segregated to have people of color working alongside a white woman, Kendall began asking for people to share pictures of people of color throughout history.

The hashtag and the images that are being shared is a direct rebuttal to the long-standing erasure of people of color from history. And when they are included, the roles of people of color in history are separated from larger conversations about history. As Kendall pointed out, one of the many effects of this is that some people don’t even realize that Martin Luther King Jr. and Anne Frank were born within six months of each other. Even the focus on a few approved historical figures skews the reality of the past. Rosa Parks is known as the inspiration for the Montgomery Bus Boycott, but Claudette Colvin was actually the first person in Montgomery arrested for resisting bus segregation. Colvin's story often goes untold because she was an unwed teenage mother. While Martin Luther King Jr. was indeed a great leader and speaker, what would the marches and boycotts of the Civil Rights movement look like without the people who marched with him? Those people are important parts of history too.

Kendall points out that the history of people of color in America is not just one of brutality and oppression. The successes and even everyday happenings in the lives of people of color in the past are an important part of history also, and should be celebrated as such. By creating this hashtag and spreading it on Twitter, which is being archived by the Library of Congress, Kendall is making sure that the stories of people of color no longer get left out of history. As we look back on black history during this month and reflect on the history making moments of the present-day, let's make an effort to not just embrace the watered down and whitewashed version of history that we're taught. People of color had a larger role in creating this country than they're given credit for and it's only fair that that's acknowledged year-round.