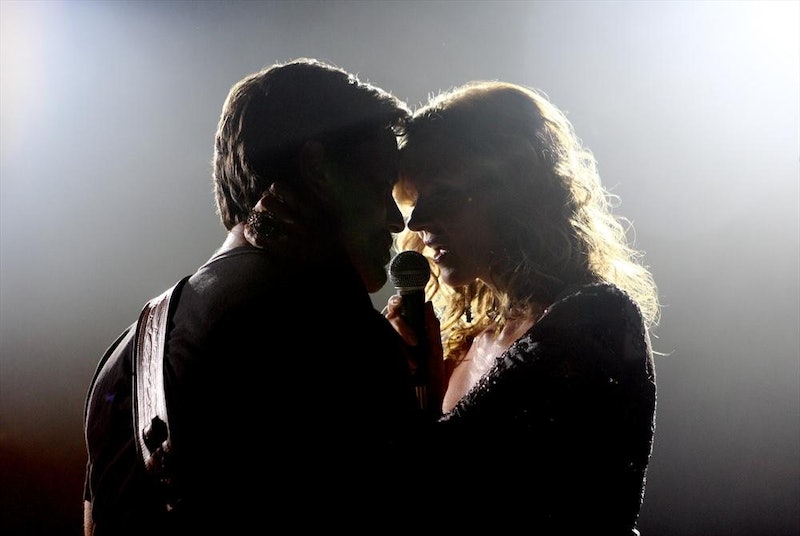 The most will they/won't they couple on Nashville is easily Deacon Claybourne and Rayna Jaymes. Every show has one. You know, that couple that keeps the drama moving, and frequently, if they get together, the whole show blows up (remember Lois & Clark? Yikes). Deacon and Rayna (whom I now will refer to as “Reacon”) became an item at the beginning of their careers, right when both were starting out in the Nashville music scene. They wrote together, they sang together, and they toured together, and everything was fine and dandy, until Deacon’s alcoholism started getting in the way. After Deacon went through a few stints in rehab and Rayna became pregnant with their child, Rayna opted to marry Teddy Conrad because he was a more stable person for her life. Totally fair, Ray. The only problem (well, not the only problem, but we’ll get to those) is that Nashville is a very small music town, and they run into each other everywhere. Maybe one of you should have moved.

After three seasons of trying to figure out whether these crazy kids will get it together, both Rayna and Deacon are single and actually available. So will the gracious show runners of Nashville finally couple them up? Absolutely not. Though their star-crossed, unrequited thing is appealing for viewers, their love would never work and here's why.

Deacon’s Past Has Damaged Rayna's Trust

Addiction is a disease, and it’s a very, very hard one to overcome, which Deacon's struggle has shown. He's been in and out of rehab so many times that it’s definitely going to be hard for Rayna to trust him, even though he is in a much healthier place now. They live and work in an industry where alcohol and parties are a prominent part of daily life. After all of the years of him trying to become sober only to relapse, would Rayna be able to trust Deacon enough to enter a relationship with him? It may be difficult.

Teddy & Deacon Don’t Get Along

Teddy is usually painted as the bad guy in this relationship scenario, but let’s dial it back here. Teddy saw Deacon at his lowest point, and he didn’t want to let that into his children’s lives, which is understandable. Even though Deacon is Maddie’s biological father, she didn’t grow up with Deacon as her dad, and Teddy will always be protective of his daughters. This is bound to cause friction if Rayna and Deacon do get together.

Their Respective Sisters Don’t Approve Of The Relationship

Both Deacon’s sister (and Scarlett O’Connor’s mother), Beverly, and Rayna’s sister, Tandy, aren’t too keen on their relationship. Tandy has been quite vocal about her distaste for Deacon, and, though her appearance was brief, Beverly noted something about Rayna ruining Deacon all those years back. Having family disapprove of your S.O. always puts a strain on a relationship.

Can He Handle Her Fame?

Rayna is a world-famous country singer, and Deacon is more known to hardcore fans of the genre. They are both talented musicians, but can Deacon handle the level of Rayna’s fame? He’s prone to flying off the handle about small things, so could her stardom push him over the edge?

Sorry, Reacon fans — I just don’t see these two getting together. But, hey, at least Rayna isn’t with Luke anymore, right?