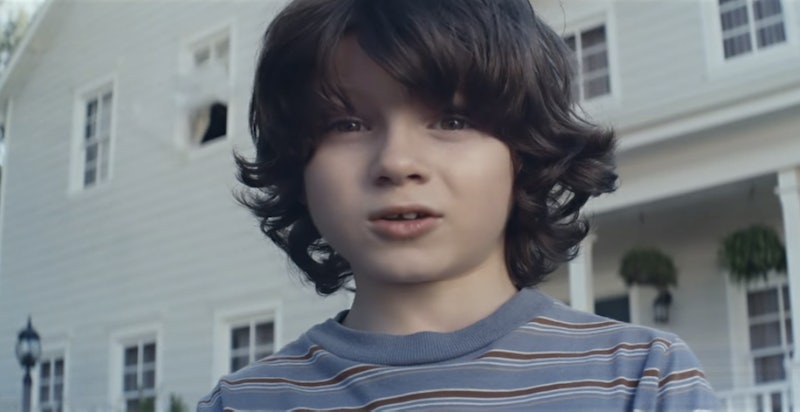 "I'm going to die. You're going to die. WE'RE ALL GOING TO DIE." This is a close approximation of the running monologue that's been in everyone's heads since being crane-kicked in the feels by the Super Bowl Nationwide ad featuring the dead kid, whose grim punchline "Because I died" will live in internet infamy. Yes, it was upsetting of Nationwide to remind us of our mortality right in the middle of a major sporting event, but the good news is that the Funny or Die "extended cut" of the Nationwide commercial will make you feel way better about having your emotions manipulated while you had your mouth full of buffalo chicken cheese dip last Sunday.

The video features the Nationwide kid at the gates of heaven, where Peter has already had it up to here with his shenanigans: "Heaven is chill as hell, and you're not chill." Ba dum cccchh! He goes on to point out the incredibly rational fact that his parents paying money for insurance does literally nothing to prevent a small child from drowning in a bath tub. But even when he tries to cut the kid a break, he still whines his little face off, at which point Peter is 600 percent done: "God really loves the Super Bowl and you really bummed him out." Same here, God. Saaaaame here.

Nationwide, to their credit, did release a statement regarding the ad, saying that their goal wasn't to sell insurance, but to provoke a conversation about an issue that rarely gets talked about. They are hoping to direct parents and caregivers to MakeSafeHappen.com to educate them on safety in the home to prevent accidents like the fictional one that claimed the Nationwide kid. That being said, none of us were prepared to have our heartstrings ripped out of our chests by something that wasn't a puppy in a beer commercial, so watching this extended cut from Funny or Die might be the only thing to ease your lingering sadness:

More like this
The Most Powerful Photos From The Weekend’s Abortion Rights Protests
By Melanie Mignucci
'Line Of Duty's Writer Just Dropped A Bombshell About Steve & Kate
By Catharina Cheung
This TikTok Hard Seltzer Hack Involves A Milk Frother
By Alexis Morillo
On TikTok, Orange Wine Is The Varietal Of The Summer
By Madeleine Aggeler
Get Even More From Bustle — Sign Up For The Newsletter