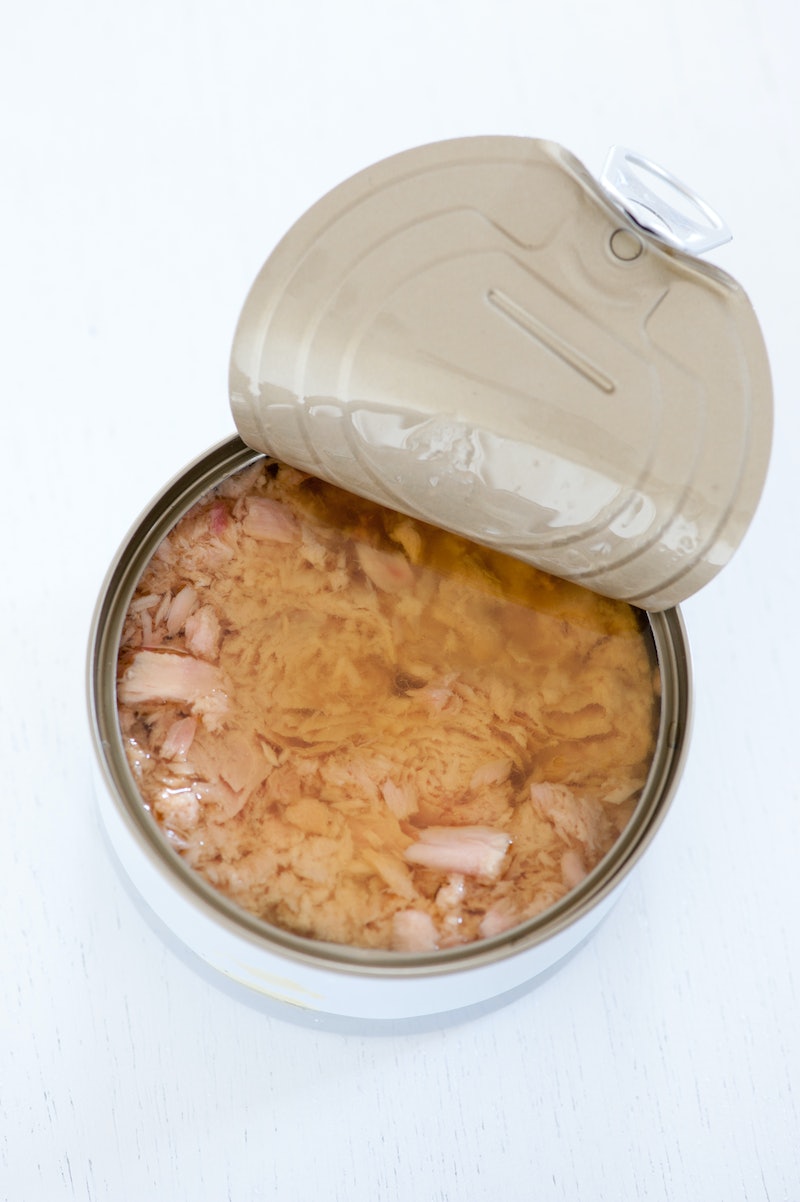 An innocent family dinner at home, or everyone’s favorite scene from Alien? In this case, it’s really quite hard to tell. I can tell you that after seeing the following photos, you will never look at canned tuna the same way again. Back in January, UK resident Zoe Butler posted gag-inducing pictures on Twitter after opening a can of Princes brand tuna and finding something that was…definitely not tuna. In an interview with the Nottingham Post, the 28 year-old mother of two recounts, "I opened the top of the lid and saw a purply thing, a gut sack or intestine – then I turned it round and pushed it with a fork and saw it looking back at me.” The creature, which boasts “a spiny tail along the bottom” (cute!) has yet to be identified. Dr. Hany Elsheikha, a veterinary parasitologist at the University of Nottingham, has suggested that “it could be some form of juvenile crab.” Or, you know, a baby Xenomorph. Whatever.

Princes Tuna has apologized for the—what do we call this? error? emotionally scarring horror scene?—and has promised to investigate the matter. In the meantime, Butler says, "I haven't shown it to the kids because they might get put off eating tuna.” That’s probably a good plan—because I’m pretty sure the rest of us are off it for life.