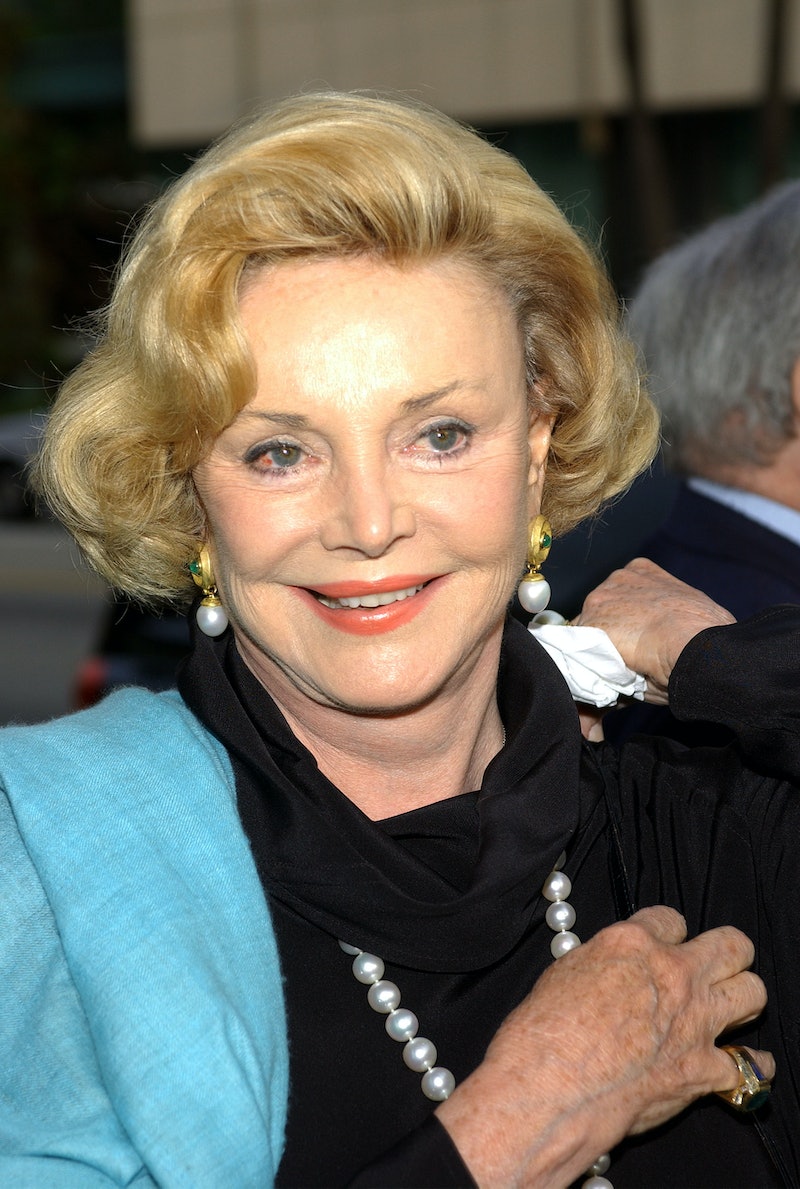 If you follow the lives of rich and super-attractive people, you probably heard yesterday that Mia Farrow said there's a very real possibility that her son Ronan is not, in fact, Woody Allen's biological son, but is Frank Sinatra's. All it took was falling into Ronan's baby-blues to lend credibility to it all. Now, Frank Sinatra's widow, Barbara Sinatra, has responded to Mia Farrow's paternity claim, calling it "a bunch of junk." Ouch, Barbara, ouch.

"I can't hardly believe that," Barbara told The Desert Sun. "It's just a bunch of junk. There's always junk written — lies that aren't true." She also responded to Vanity Fair's quote from Frank's daughter Nancy Sinatra that said that Ronan was"a big part of us, and we are blessed to have him in our lives” — Barbara says, "It sounds like a phony to me."

It of course makes complete sense why Barbara would say these things; she wants to protect her late husband's image, not to mention the legacy of their marriage. These are practically Hollywood dynasties we're talking about; they tend to get dramatic, if the biopics and tell-alls are to be believed. "Truth" tends to get blurred throughout the years, so what said truth happens to be in this case is really anyone's guess.

By far my favorite thing about this whole paternity saga is that, while the media is freaking out about it, the Farrow family themselves seem totally chill. If they had all this angst we're projecting on them about whose sperm created Ronan, don't you think they'd have gotten a paternity test years ago? All you have to do is look at Ronan's brilliant, low-key tweet in response to the "scandal" to see that, to them, it's not really a scandal at all.