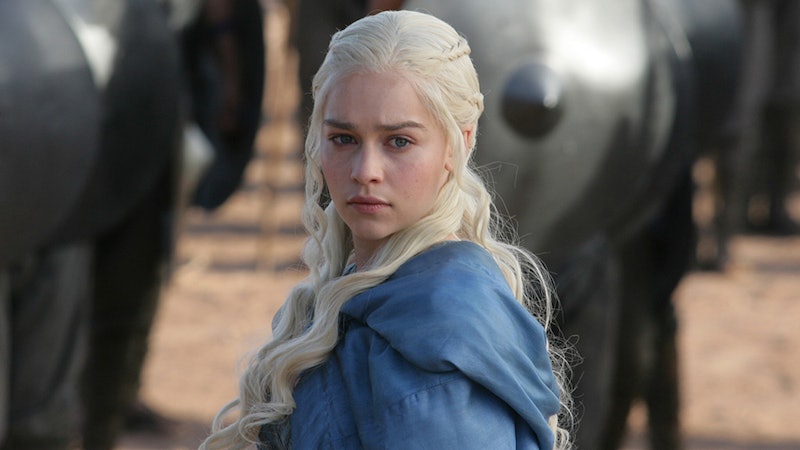 Time to bring all of your favorite gals (real and fictional) together for the greatest day of the year. Galentine's Day is celebration of ladies (and consuming ridiculous amounts of breakfast foods in one sitting), created by the greatest fictional lady ever: Leslie Knope.

Following the first mention of this February 13 holiday on Parks and Recreation, the holiday quickly exploded and was embraced by gals everywhere. Why? Because mid-February is known for extreme suckage if you're single, as Valentine's Day is basically a scam to get people to pay an insane amount of money for red flowers and candy that tastes like chalk.

The only thing that could've made this annual celebration of love less exclusive and more fun, was to designate a day right near it that was made for the most beautiful and complex relationship in existence — the friendship between women. So since we're using this day to celebrate women who inspire us, support us, and teach us how to be better people, let's not forget our favorite literary ladies. Because any bookworm knows that fictional characters are just as real as the humans in real-life whom we know and love. Here are all the coolest literary gals we'd want to spend Galentine's Day with.

A very rad genius who isn't afraid to speak her mind. You just want to be near her in the hopes that some of her brilliance will rub off on you. She'd also defend you against any potential threat using her witchcraft, which is just a baller way to handle conflict.

I mean, she's one of the most beloved characters in the history of literature for a reason. She's a clever, brilliant independent thinker, and she can hold her own in any discussion, on any topic. At the very least, she'd be a delightful brunch guest, and at the most, she'd be your conversational hero.

Not even the grown up version of Harriet (although I'm sure she'd make a kick-ass adult boss lady), but a curious kid with an endless fascination is good to have in your corner. Harriet would bring the childlike wonder and all the silliness that every day adult life desperately needs.

She protects her own, she called herself a queen and everyone blindly followed suit, and she has dragon babies. Khaleesi deserves all the waffles.

Don't get me wrong, Katniss is a brave hunter goddess who could lead anyone into a revolution. But Joanna is like the brutally honest buddy whom we all need in our lives. She's also a bit of a wild card, and you never know what she'll say or do next, but you know you want to watch it all unfold.

Bridget is spectacularly flawed and just.... real. She's all of us. You just want to hug her and say, "Girl, I feel you."

For '90s girls, Kristy was probably the first legitimate boss lady we met on the pages of a book. Her life was completely fulfilled with her job as BSC president, and time spent with her best friends. She was a young feminist hero and I feel like Leslie Knope would adore her. She'd be the voice of reason and a source of wisdom on any career questions you might have.

As much as it would be to have Claire Fraser at the table — mainly so we could get the deets on her sex life with Jamie, because... yum. Geillis is a mysterious firecracker who is always looking to have a good time. She knows how to handle herself in any situation, which I'm sure has something to do with her being a time traveling hippie who needs to adapt in order to survive.

She'd make a stellar playlist for the event, no doubt. Also, everyone needs a friend they can geek out with on comics and all things fictional.

From the upcoming (and highly anticipated) Red Queen series, Mare is a lot like Tris Prior, but with superhuman abilities which she uses to fight for justice. She's about to become the next beloved literary heroine, so it might be good to reserve a brunch date with her now, before she gets too famous.

Sookie is often occupied by supernatural drama and her many sexy lovers, but above all else she is loyal. She knows what she wants, and what she believes in, and she doesn't waver on any of it. Sookie will keep you honest, even when you don't want to be.