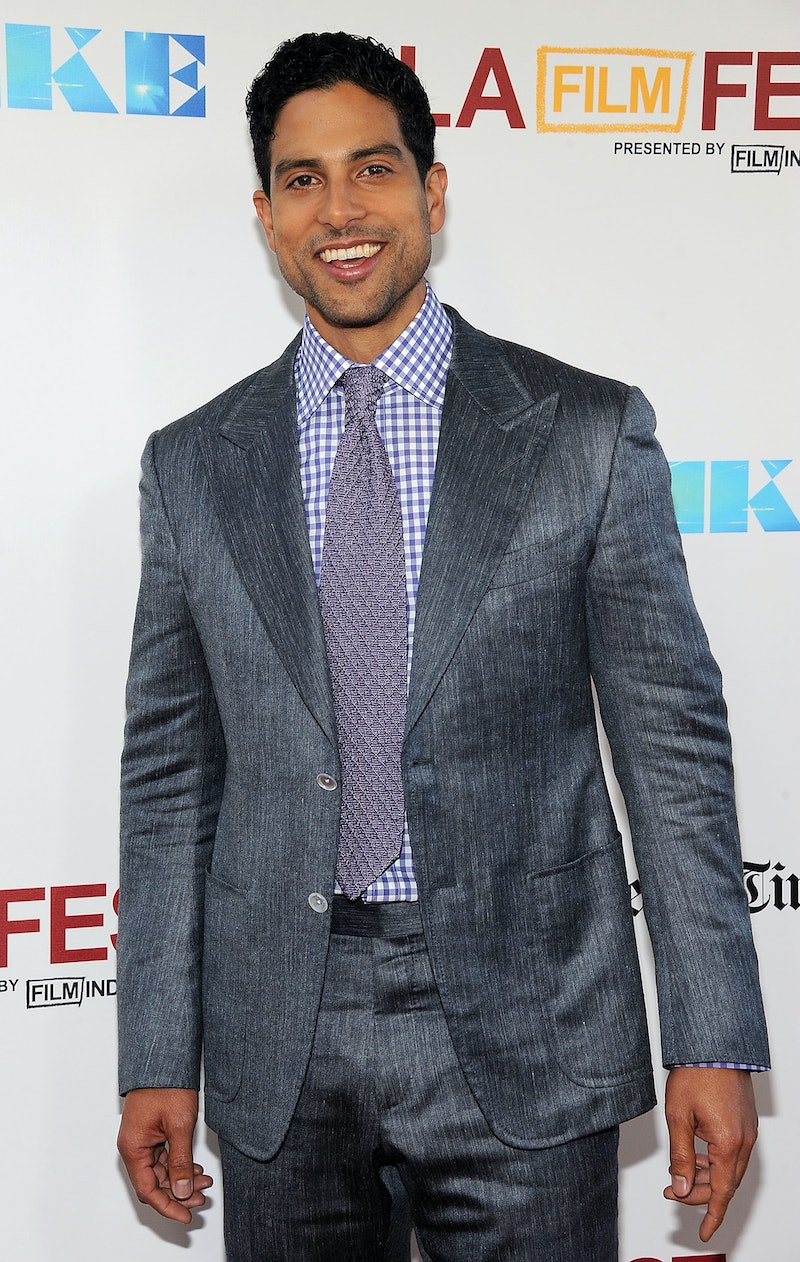 Fans of Adam Rodriguez might not be able to catch their breath after seeing the new trailer for the upcoming Magic Mike sequel. Adam Rodriguez will be returning to his Magic Mike role of a stripper named Tito this summer in Magic Mike XXL. He looks so good playing the role that some of his female (and male!) fans might be wondering if the actor is single in real life.

The answer to that question is that it's currently a mystery. For being bold enough to strip down to his skivvies for a movie role, Rodriguez is definitely staying low-key about his romantic life off-set. What we do know is that he definitely has a young daughter. We also know that in an August 2014 interview with Glamour, he alluded to a girlfriend, but did not mention a name or any specific details about her that would clue us in as to who she is.

In the past, the actor has been linked to Melanie Fiona, a singer whom he reportedly dated quietly (I'm sensing a pattern here) for three years before he confirmed being single in 2012. Since then, there have been rumors of him dating some other less-famous women, which he has not gone on the record to comment on directly. So we may not know the current state of his love life, but we can appreciate his thoughts on love — and his love for his daughter, of course.

They definitely make a sweet pair! Rodriguez opened up to Glamour in the same August 2014 interview and explained that having his daughter Frankie Elle is the greatest thing he's ever done. He also opened up about deciding on a name for his little bundle of joy with his mystery woman. He said,

We loved boys' names for girls and had a couple of names on deck, but we didn’t tell anyone. We just kept going back to Frankie, and when we saw her face, we were like, "Oh yeah, Frankie. She’s a Frankie." Elle came to be because we originally thought Frankie Love, and then maybe just the initial "L," and then we decided to spell it out. It’s a beautiful, feminine name, so we figured if she hated Frankie, then Elle is a beautiful name to have. We love it!

When asked about dates with his girlfriend, Rodriguez said that New York would always be his top pick for a date night, calling it a city that has both "romance" and "magic." Aww! Whoever she is, this lady sounds like she got the luck of the draw for romantic evenings.

We will have to stay tuned to see if he brings a plus one to the premiere for Magic Mike XXL or if he remains mum on his love life. But one thing is clear. He does know what he wants in a woman, as he told NBC Latino back in 2012. He said,

She should mainly be herself, relaxed and unafraid to laugh and be silly. The main thing is to have the confidence to laugh at yourself and allow others to laugh along.

Fair enough! Check out the trailer below for Magic Mike XXL, out in theaters on July 1!