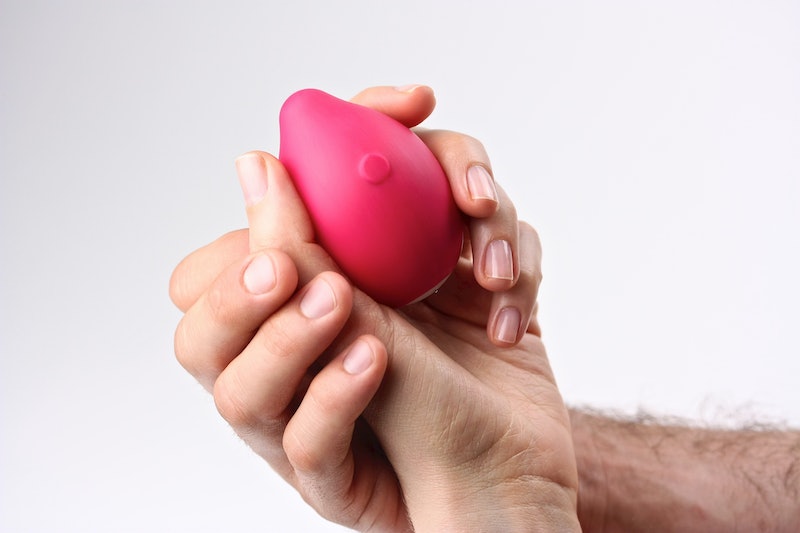 As a sex therapist, one of the questions I get asked all the time is, “what sex toy should I buy?” I’ve often considered myself a sex toy matchmaker of sorts — taking people’s specific desires and requests into account, and helping connect them to the sex toy of their dreams. In order to keep my matchmaking skills fresh, I follow the sex toy industry pretty closely. And in the last couple of years, I have watched crowdfunding emerge as a dominant force in helping new products get launched.

I spoke with Brian Krieger of Minna Life, and Alexandra Fine and Janet Lieberman of Dame Products, to get their opinions on why crowdfunding and sex toys can work so well together. Minna Life and Dame Products felt strongly that crowdfunding had the most potential for helping bring their respective visions to life. Both companies say they especially appreciate the opportunity crowdfunding gives them to speak directly with their consumers, without any middlemen.

So why should you get your next sex toy from a crowdfunding campaign? Here are five reasons to consider buying your next vibe from what might first appear like an unlikely source.

It’s not unusual to see discounts of up to 30 percent in a crowdfunding campaign, especially if you get in early. The Eva early bird special was $85, while the pre-sale price is currently $105. Minna Life also created an early bird special for their Limon campaign (pictured above), offering it at $89 (it currently retails for $119). The kGoal early bird went for $99, while the current retail price is $149. I’m a huge proponent of investing in high-quality sex toys, but it’s great to be able to get such a significant discount by putting your order in early!

3. The Products Are Usually Safer

There are a lot of crappy sex toys out there, and many of them are made of materials that can actually be dangerous for your body. I’m not sure why this is, but I’ve noticed that the companies who are turning to crowdfunding seem to take quality and safety much more seriously. The Limon, kGoal (pictured above), Duet, and Eva are all made of medical grade, phthalate-free body safe silicone.

4. You’ll Influence The Direction Of The Sex Toy Industry

The money you contribute to a crowdfunding product sends a powerful message about what you’re interested in and care about when it comes to sex toys.

When I talk with Krieger about the benefits of crowdfunding, he shares, “I think ultimately it's about freedom — the ability to connect directly with creative people who have a dream about a product or project is really empowering for both parties. Instead of having your choice limited by the decisions of a certain retailer or media platform, crowdfunding enables people to interact with kindred spirits."

5. You’re Supporting Passionate People Who Are Truly Invested In Their Products

My inbox is littered with soulless PR pitches for cheap and thoughtless sex toys. From my conversations with Krieger, Fine, and Liebermann, it’s painfully obvious that the work they do means a great deal to each of them. It’s a refreshing difference!

Krieger and his team are adamant about trying to break down the taboos in the sex toy industry and promote more honest conversations about sexual health and intimacy. Fine sums it up succinctly: “We make sex toys! And we care a lot about it!”