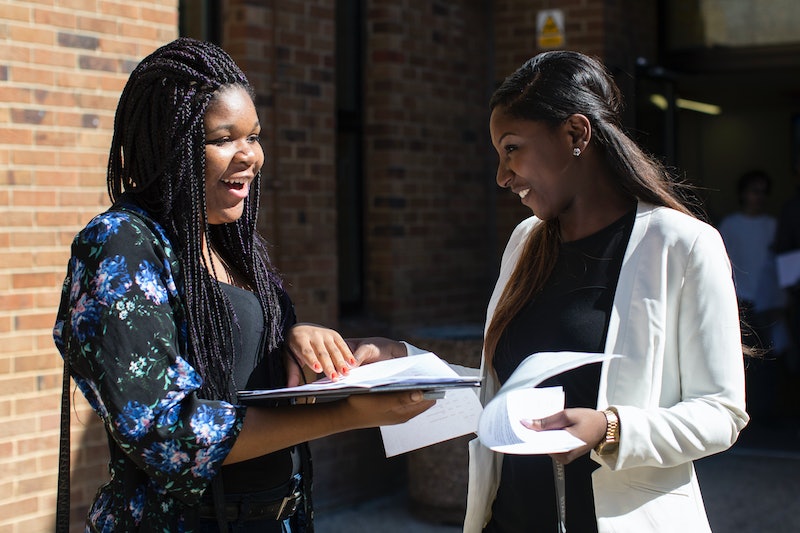 Not long after Mikki Kendall started #solidarityisforwhitewomen on Twitter in 2013, the hashtag #blackpowerisforblackmen surfaced, highlighting how African-American women faced misogyny within their own movement. Now a new study called Black Girls Matter has delved further into the unfolding Black Lives Matter movement, focusing exclusively on black girls — and the results are startling.

According to the researchers at the African American Policy Forum (AAPF) and Columbia Law School’s Center for Intersectionality and Social Policy Studies, black girls in New York and Boston are more than 10 times more likely to be subjected to disciplinary cases than their white female peers. Black girls also face punishment more often than black boys, who are more likely to be involved in disciplinary cases than white boys. Essentially, black students overwhelmingly experience harsher institutionalized punishment from a young age. Kimberlé Crenshaw, the report’s lead author, said in a statement:

As public concern mounts for the needs of men and boys of color...we must challenge the assumption that the lives of girls and women—who are often left out of the national conversation—are not also at risk.

These harsh disciplinary actions are not only counterproductive, but are also more likely to have a negative impact on African-American girls and their future education. Researchers say black girls who are suspended have a greater likelihood for dropping out of school totally, as well as at-risk for being involved with the juvenile justice system.

Of course, dropping out of school means many young black women may never receive their high school diploma or continue on to college, hindering their access to well-paying jobs and making it more difficult to financially provide for a family. Not to mention, the National Women's Law Center has pointed out in the past that the income gap between high school dropouts and high school graduates is much greater for women than it is for men.

As to why black girls are often threatened with suspension or expulsion, the researchers say biases over how girls should act — and how black girls are perceived — may play into it:

Investigations into why Black girls are much more likely to be harshly disciplined than other girls have been few and far between. ... The available evidence, however, suggests that implicit biases, stereotyping, and other cultural factors may play a role. These dynamics may contribute to perceptions by decision makers that a Black girl has run afoul of institutional norms, and that punishment, rather than restorative or therapeutic responses, is warranted. Black girls may be subject to harsher disciplinary interventions because they are perceived to be unruly, loud, and unmanageable.

To lift African-American girls and young women from institutional discrimination, AAPF researchers are urging education leaders to revise policies that funnel girls into juvenile supervision facilities; develop new ways to help black girls in the classroom without relying on punitive measures; expand programs that support girls and teens who are pregnant, parenting, or have household difficulties; and elevate the stories and experiences of black girls and teens so the public takes notice. The researchers wrote:

If the challenges facing girls of color are to be addressed, then research and policy frameworks must move beyond the notion that all of the youth of color who are in crisis are boys. And that the concerns of white girls are indistinguishable from those of girls of color.