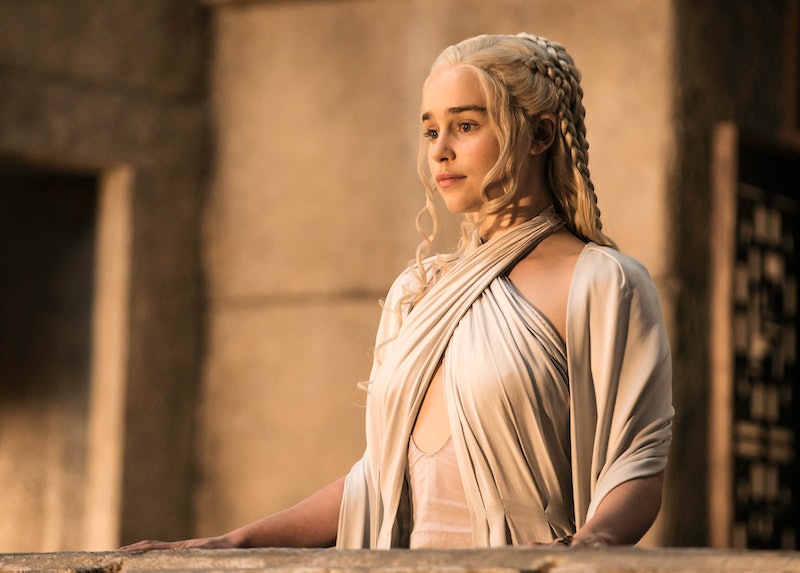 First of all, I am still recovering from the beautiful Season 5 Game of Thrones trailer and the fact that I almost died of excitement last week when it was leaked. Now that I've seen it about 100 times on repeat, the countdown to the April 12 Game of Thrones premiere has commenced. Luckily, HBO is giving us something to hold us over and that’s the Game of Thrones Season 5: Day in The Life special. The 26-minute special airs on February 8 and at 7:30 p.m. ET and will be available On Demand the next day. Unfortunately for people like me who steal HBO from mom and dad, the special won’t be available on HBOGo.

Now why should you watch this? There are two types of people in this world: people who are so obsessed with Game of Thrones they wish Westeros was real and people who have never seen the show. No one in the history of forever has been like, “Oh, I am a casual Game of Thrones fan.” Which means that if you’re reading this article, you probably already have your DVR set to record.

In all seriousness, you should want to see how much work goes into an episode of Game of Thrones because there are hundreds of people working to make sure this show is amazing and perfect and each episode is perfect for you. Plus, it’s kind of like you’re actually there watching them film except you don’t have to sit around for hours waiting for a set to be ready to go. You’re really getting the best of both worlds.

Before I tell you everything that you’re going to see in the special, here is a quick trailer for it:

Interviews With The Crew

Last year they didn’t talk to the crew very much in the foreshadowing of Season 4, but this time according to HBO “prominent members of the show’s massive crew talk about the many jobs they must oversee — sets and costumes, hair and makeup, and much more — to keep the production operating smoothly.”

According to the Entertainment Weekly description of the episode, they will be taking viewers through three different filming locations including Belfast, Northern Ireland; Dubrovnik, Croatia; and Sevilla and Osuna, Spain. Think of it as traveling abroad through the TV and getting to see all these beautiful places for the price of an HBO subscription.

Interviews With The Cast

While this time around is mainly focused on the crew and what a day of filming is really like, they know that we want to see the cast. They aren’t going to take that away from us, so at each location we should get a little bit of our favorite characters.

Don’t you kind of wonder how they filmed things like the Red Wedding or how they built the Iron Throne? Am I the only nerd that could watch behind-the-scenes how they filmed it for hours? The thought that goes behind every single detail down to where objects on a set are placed is out of control — and brilliant. So there will be a lot of that.

They will give us something. They won’t spoil anything because Game of Thrones fans don’t want spoilers. We want just enough information to place us where the season is going to pick up and what kinds of shenanigans we can expect over the 10 episodes and that’s all. They wouldn’t leave us totally high and dry without some kind of information.