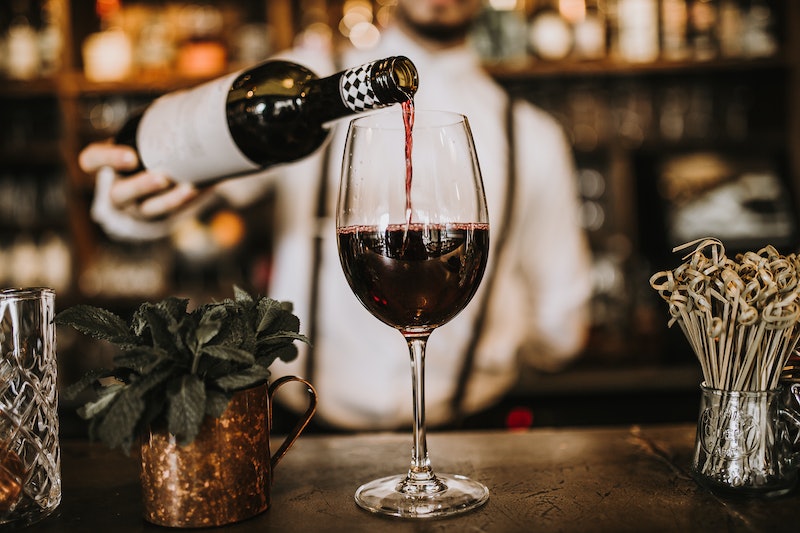 If you're still feeling guilty for last Friday's red-wine-and-reality-show binge, I'm happy to be the bearer of amazing news. Despite how hazy your memory might get after hour three of Kitchen Nightmares and a bottle and a half of Merlot, researchers have found that red wine is good for your memory. Well, a compound found in red wine is, at least. According to a recent study, we can thank reservatrol, the antioxidant that's responsible for red wine's skin clearing abilities and protection against heart disease, for improved memory and mood in old age. Yeah, science!The study, conducted at the Texas A&M Health Science Center College of Medicine, looked at the memory function of elderly rats, Science Daily reports. Just like with humans, their ability to form new memories declines with age. However, the rats who were given reservatrol had markedly improved memory and spatial learning compared to the control group. In addition, according to lead author Ashok Shetty, Ph.D., neuronal growth "doubled," there was improved bloodflow to the rats' brains, and they reported lower levels of chronic inflammation of the hippocampi. Holy moly! Is there anything reservatrol can't do? I mean, I'm not saying the antioxidant is actually the result of a failed attempt to create super-humans, but I'm really starting to wonder here.

Researchers are hoping to apply their "striking" findings to elderly humans, especially those afflicted with neurodegenerative diseases like Alzheimer's. As mentioned above, reservatrol is linked to various health benefits, from tumor suppression to preventing blood clots, but this is the first time it's been associated with the brain. However, while it may be good for you, it's not an excuse to skip the gym. (Sorry.) A recent study from late last year found that, contrary to prior research, reservatrol doesn't mimic the exact effects of exercise. Here's how the researchers explained it to Science Daily:

"The easiest way to experience the benefits of physical activity is to be physically active," says Dr. Gurd, a professor in the School of Kinesiology and Health Studies. "The efficacy of [reservatrol] at improving metabolic and cardiovascular functions is not as profound as was once thought."

Well, there went my hopes and dreams. But even though it might not actually be a substitute for exercise, don't get too down. Reservatrol is legitimately good for your heart and your brain, so you totally still have an excuse to keep a bottle of Cabernet on hand at all times as you age. Thanks, science!