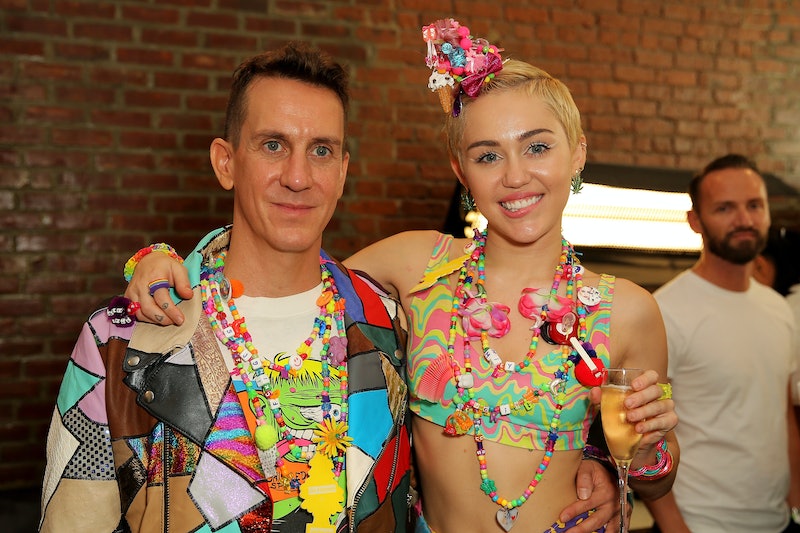 The same man who brought Barbie fashion to the runway and coaxed Miley Cyrus out of her artistic shell (just kidding, we all know she's never been shy) is bringing us a very different kind of project. Jeremy Scott is releasing a documentary about his life and we couldn't be more excited about it! The creative director of Moschino and designer of Katy Perry's glam Superbowl outfits has been dropping hints (IN ALL CAPS so we know it's the real deal) on Twitter and Instagram about the film he's been working on in secret for the past year.

We don't have many details just yet, but one thing is certain — we're sure to catch a glimpse of some major celebs once the documentary is released. Scott has an impressive roster of celebrity fans and friends, from the aforementioned Miley to Rita Ora to Madonna to Rihanna. Scott did preview a behind-the-scenes shot with one of his favorite muses and dear friend, the one and only CL, leader of the K-pop sensation 2NE1, so we have a small taste of what's sure to be a star-studded film.

Designing Katy Perry's Superbowl costumes may have catapulted him into the limelight, but Scott's cult following has been strong for sometime now. His work is eccentric, playful, full of humorous patterns and brightly colored designs. And if his whimsical Barbie inspired SS15 Moschino collection or his outrageously packaged fragrance for Adidas Original are any indication of what to expect in this upcoming documentary... well, hold on to your seats everyone! This will be quite the ride!