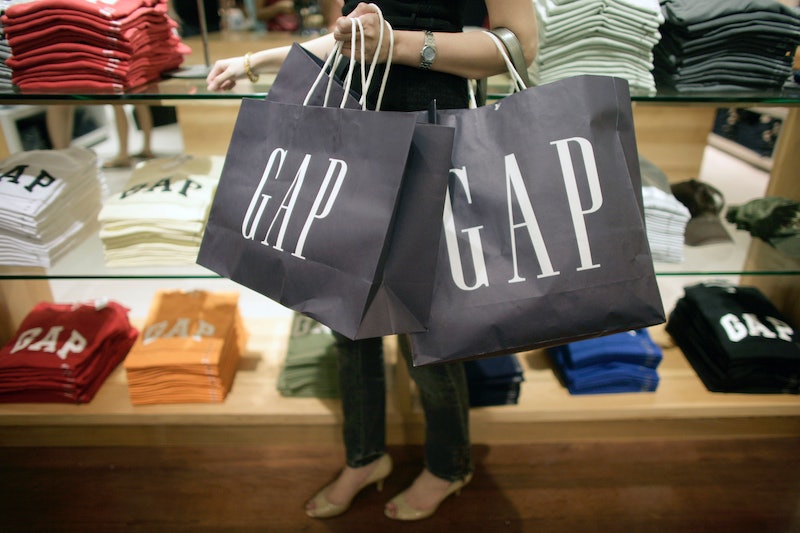 Cross-promotional marketing campaigns are a clever way of developing close relationships with consumers of a wide range. I have always thought that fashion brands who align themselves with equally cool companies that share their ideals and appeal to the same audience are ahead of the curve. For this reason, I was disappointed to hear that Tinder shut down plans for The Gap to promote their new Pants Party Campaign on its platform, because it violated their terms agreement.

Gap's latest campaign, which is targeted for the release of their Spring line, is based on the idea of #APerfectFit, referring to their clothing, of course, but also tying into the theme of the perfect love match. The idea in teaming up with the popular dating app was to include promiscuous sayings such as "you're invited to the pants party" on Tinder's platform as a unique form of consumer engagement. "It's a guerrilla marketing idea where you'll see a profile with clever messaging in the spirit of love and the perfect match. It's the perfect fit for Tinder." said The Gap's Tricia Nichols to AdWeek. Personally I have never used Tinder before, but I imagine that if I had, I would be intrigued by a so called "pants party" — the idea is indeed a perfect fit, IMO.

Tinder isn't cool with the whole guerrilla marketing thing, so they put a stop to the the plans, according to a Twitter message reading "We did not approve this campaign ad it is not an ad." reported by AdWeek. Tinder is being a total party pooper, if you ask me.