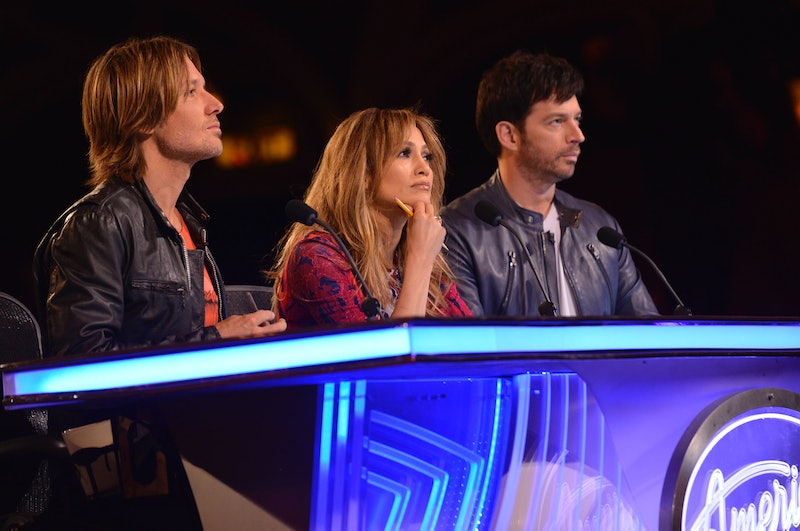 Hollywood week began airing Wednesday, Feb. 4, and will continue through Thursday Feb. 12. During the time, hundreds of contestants that received the golden Hollywood ticket will sing their hearts out to the judges. Dreams will be crushed, dreams will also be made... but more importantly, dreams will be crushed. Sure, that sounds dark, but let's be honest, the show is always a little more exciting when someone starts throwing a tantrum for not being selected to move on to the next round, right?

In October 2014, American Idol filmed Hollywood week. Yes, that's how far in advance this show does things, and yes, that's how long contestants have to keep their lips sealed with secrets from set... the AGONY. But how long are the contestants subjected to American Idol's Hollywood week? Because even though I'm sure the conditions aren't bad per say, I am sure there is a lot of sitting around. According to reports, Hollywood week began filming Oct. 25 and concluded filming Oct. 31, a.k.a., Halloween, a.k.a., DEFINITELY the most terrifying day for a lot of people who didn't know if they were going to make it to the next round. Then again, how can these faces be that scary?

I'm actually surprised that filming is pretty accurate to what is aired to viewers, as I would have imagined that Hollywood "week" would have been super dragged out for everyone involved. But, J.Lo has places to go, people to see, and girlfriend can't be sitting around listening to people say they want to be the next her for that long with out going insane.

Hollywood week continues Feb. 5, Feb. 11, and Feb. 12, so make sure to tune in and see who got to spend their Halloween's celebrating and who had to spend it on a flight home, with just a fading memory of Keith Urban's accent.