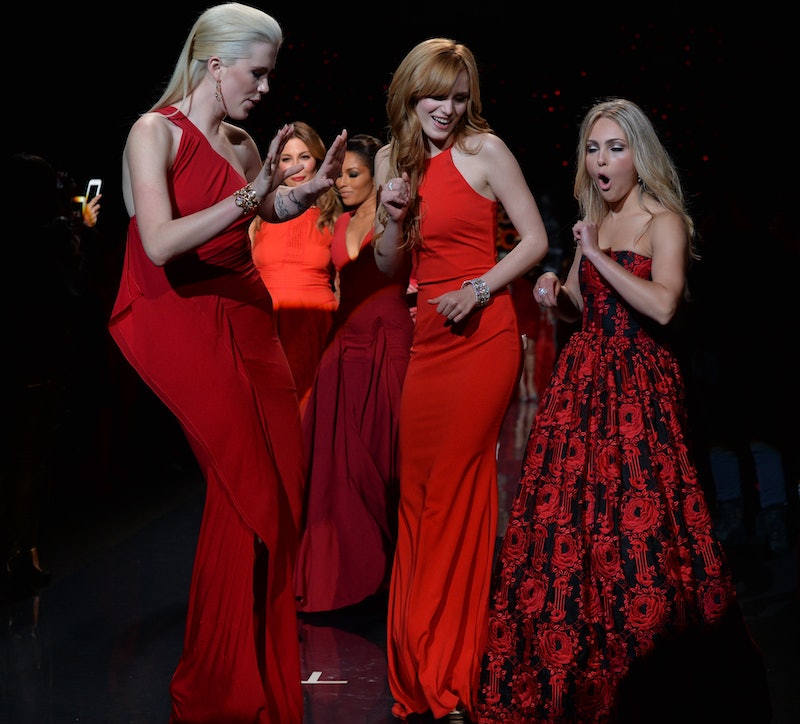 Friday, February 6 is National Wear Red Day! That means the American Heart Association would like you to "Go Red for Women" today by pulling out your favorite red duds and rocking them proudly. It might seem a bit silly that wearing a certain color on a certain day would help a cause, but it does. In wearing red, you’re showing your support to the women who have died from heart disease and those who are living with it. Awareness saves lives, and when it comes to women and heart disease, there simply isn’t enough of it.

Often seen as a “man’s disease,” heart disease in women doesn’t get the attention is deserves. Yet it’s far more common — it is the number one cause of death for women, in fact — than we would like to believe. It’s something every woman, no matter her age, can suffer from.

On this National Wear Red Day, don’t just don your favorite red pieces, but take the time to educate and inform yourself of just how prevalent heart disease is in women. You can start right here by checking out these nine facts about women and heart disease that you may not have known, but should.

1. Heart Disease Is The Number One Killer For Women

For women, heart disease causes one in three deaths a year, which, if we break it down, is about one woman a minute. It kills five times more women than breast cancer. However, with early detection, heart disease in women is 80 percent preventable.

2. Women Are Not Treated As Aggressively As Men

In 2013, researchers at Ohio State University found that even when women show signs or risk of heart disease, they are not treated as aggressively as men. That needs to change.

Sixty-four percent of women who die suddenly from heart disease never had any symptoms.

It’s a scary thought, but not all heart attacks have the usual symptoms such as shortness of breath and chest pain. Instead, there are very minimal symptoms, often appearing as indigestion or a case of the flu, and women may not have even realized they had a heart attack. This type of attack is called a silent heart attack, and women are more prone to them than men. Silent heart attacks can cause scarring and damage to the heart, putting women at higher risk of future heart issues.

I know it’s easy to think that just because you’re 24, your chances of heart is non-existent, but nothing could be further from the truth. Women who are on the Pill and who smoke have a 20 percent higher risk of heart disease than those women who do not, and yes, that means lots of women in their 20s.

While being healthy and keeping in shape does aid in keeping a myriad of ailments away, including heart disease, it isn't a guarantee. The American Heart Association suggests that all women start getting their cholesterol checked at the age of 20, and start paying attention to their blood pressure numbers at that age, too.

When it comes to studies and research programs that are hoping to learn more about this deadly disease and how to prevent it, women are extremely underrepresented. Of all heart-related studies, women make up only 24 percent of the participants. Ugh.

8. Black And Latina Women Are At An Even Higher Risk

Hispanic women are more likely to develop heart disease up to a decade earlier than white women, yet only 30 percent of Hispanic women have been informed of this fact. Over 46 percent of African American women over the age of 20 have cardiovascular disease, and only 50 percent of them are even aware of the signs of a heart attack.

9. If You Have Heart Disease In Your Family, It Doesn't Mean Your Doomed

Yes, your risk is higher than women who don't have it in their family, but you can still take steps to lower what genetic risks you have.

Thanks to both awareness and healthy lifestyle choices, the American Heart Association reports that over 600,000 women have been saved and 330 fewer women are dying a day from heart disease.

It’s important to have regular check-ups and to be aware of what possible changes have occurred in your body. If you know your body well enough, you’ll be more likely to know if something seems a bit off.