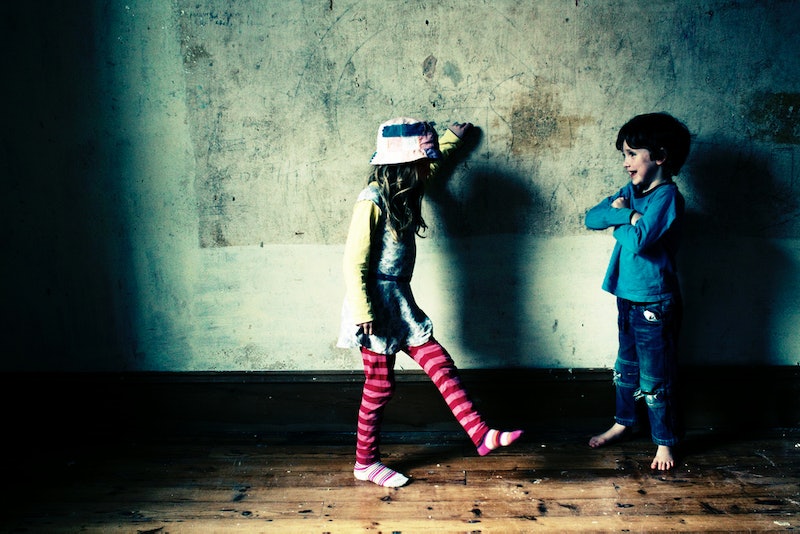 We've been talking a lot about etiquette lately: The rules of tipping, how to handle asking a stranger for a kiss to get a free burrito, and so on and so forth. We've also taken a look at cell phone etiquette a lot — but you know what we haven't talked about? Plain old conversation etiquette. Let's fix that, shall we? After all, knowing how to carry out a graceful conversation — beginning, middle, and end — is one of the greatest skills one can have.

Luckily, we've got an AskReddit thread on the table today that deals with this very question. Submitted by drain65, the thread, titled "What is some conversation etiquette that more people need to know?", first appeared on the content sharing site yesterday; it's still going strong today, though, so it's definitely worth a look. As is the case with most AskReddit threads, there comes a point when scroll far enough down that the whole thread starts to repeat itself — but if anything, I think that's even more of an indication that we should be taking all these tips to heart. When you have a couple hundred comments all saying "PUT YOUR DAMN PHONE DOWN WHILE YOU'RE TALKING TO ME"... well, it becomes pretty clear how much of a problem it is.

I've pulled out what I considered to be the 12 most important pieces of conversation etiquette here; head on over to Reddit to check out the whole thread. Food for thought the next time you find yourself face to face with another person, right?

1. If someone gets cut off, help them out by steering the conversation back towards them.

And, by extension: Don't cut people off. It's rude.

2. Include everyone — even the quiet folks.

Although, as another Redditor pointed out:

Yeah. Don't. It's probably the worst thing you could ask.

3. Learn the art of ending a conversation.

If you know someone who just cannot stop talking, even after you've said one of the above, you'll have to start setting boundaries with them. Repeat your farewell, then either walk away or hang up the phone. They'll probably be miffed, but if you do it with them enough times, eventually they'll learn that when you say you have to end the conversation, the conversation must necessarily end.

This goes for any situation, not just on the street: Networking functions, parties, whatever. If you know everyone, and everyone doesn't know each other, take the lead and introduce everyone. That way no one has to stand around awkwardly feeling like they shouldn't be there or anything.

You don't need to be nose to nose with someone when you're talking to them. Everyone can hear you just fine from an arms' length away. Additionally:

6. Actually listen to what the other person has to say.

This. So much this.

Also, it will make whoever can't speak the language positive that you're talking smack about them while they're standing right there (even if you're not).

8. Remember that conversations are a two-way street.

Or a four-way stop. Or whatever traffic analogy you prefer. In any event, what they're not are monologues.

9. Learn how to disagree.

Spot on. Having a different opinion than someone else doesn't negate that person's opinion.

10. Be mindful of your surroundings.

Inappropriate places to stop and have a conversation include, but are not limited to, at the top or bottom of an escalator or stairway, in the middle of a doorway, or down the length of a hallway.

Don't be That Co-Worker.

By which I mean, start teaching kids about conversation etiquette early, and teach them often. Who else are they going to learn it from?