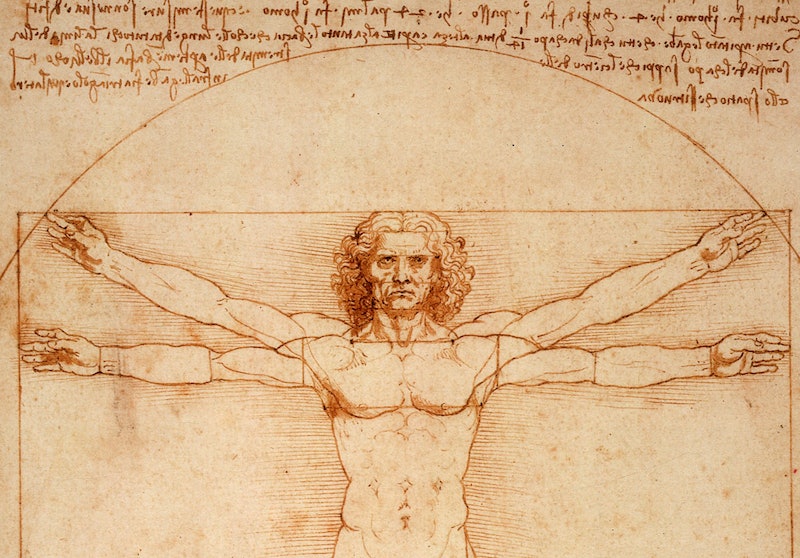 We've looked at the sleeping patterns of highly creative and intelligent people before, so let's dip our toe back in the water: British bedding and furniture retailer Big Brand Beds has put together a neat-o infographic detailing how people like Leonardo da Vinci, Winston Churchill, and more slept (or sleep, in some cases — not everyone on the infographic has already kicked the bucket). It tracks both how many hours they generally got, as well as when they tended to get them — all of which, of course, is absolutely fascinating. All I can say in response to some of their sleep patterns is this: No wonder they got so much done over their lifetimes.

Thomas Edison and Leonardo da Vinci both have the most extreme sleep cycles of the bunch: Edison followed a polyphasic cycle (which, you'll recall, we learned about a few weeks ago), aiming for six half-hour long naps spread at regular intervals throughout any given 24-hour period; da Vinci, meanwhile, used the Uberman cycle, taking a 20-minute nap roughly every four hours. All in all, Edison tended to clock in about three hours of sleep per day, while da Vinci came in at two hours. Interestingly, Nicola Tesla also slept only two hours per 24-hour cycle — but he did it all in one go between midnight and 2 AM. I don't know about you, but I'd have a reeeeeeeeeeally difficult time coping with that kind of a schedule.

But hey, even though a lot of the folks on the infographic look almost like they're in some kind of anachronistic “I can sleep less than you and still function!” contest, not all of them are like that; Winston Churchill, for example, got seven hours — the most of any of the other people in consideration here. He slept for five hours between 3 AM and 8AM, then again for another two between 4:30 PM and 6:30 PM. Additionally, Richard Branson, Barack Obama, Benjamin Franklin, and Sigmund Freud all tend to get about six hours of shut-eye per night.

The infographic's one downside is that it doesn't include many women; indeed, it's got exactly one: Margaret Thatcher. But it's still pretty interesting, so check it out below. Remember, though — you don't need to deprive yourself of sleep just to emulate your heroes. Seven to nine hours a night should do it!