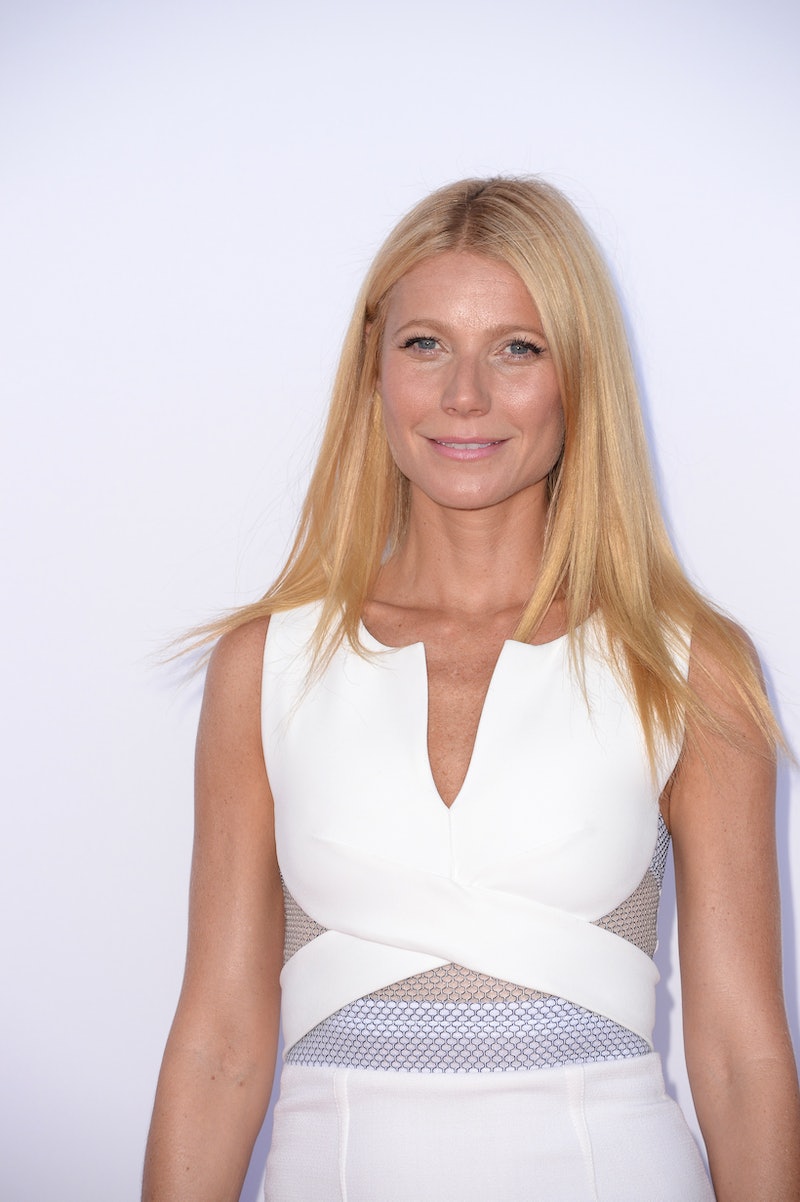 You have to hand it to Goop: She always does her own thing. Whether it's selling a collection of cookbooks for $295 or raving about a "holistic" spa treatment for her lady parts, Gwyneth Paltrow is not one to shy away from who she is and the type of lifestyle she lives. After all, her website Goop is essentially a full lifestyle recommendation based on her devotion to extravagant products and an incredibly formal way of addressing deep thoughts. So it should come as a surprise to no one that Gwyneth Paltrow has always done her own thing, as shown in an old photo she posted on Instagram.

Yes, Paltrow has decided to take part in the millennial midweek phenomenon known as Throwback Thursday on the social media site to share a photo of herself as a little girl. (And she even used the essential #tbt hashtag! Maybe she's more in touch with the "real world" than we originally thought.) It's an adorable photo, have no doubt about it. But it also reveals that Goop has always been Goop — she has always done her own thing no matter what anyone else says. In the photo, baby Paltrow is seated next to her younger brother, Jake, on the couch. While Jake gives the camera his full attention and smiles, big sister seems to be more focused on concentrating her efforts on her game she's playing. Check it out:

On top of being completely immersed in her own activity in the photo op gem, Paltrow is also appropriately dressed in a crisp polo shirt and appears to be wearing some preppy barrettes. Also, her hair looks perfectly brushed without a knot in sight, which should come as a surprise to no one. Her famous features (hello sculpted jawline and cheekbones) are also on display, naturally. But it seems like the underlying meaning of this flashback portrait is not lost on Paltrow either, as she titled the photo with the very suitable caption "sh*t don't change." Hopefully her brother was okay with her being focused on that game because of course she was still going to play it no matter what.

Much like in her younger days, Paltrow has remained true to herself and what she wants to do, like continuing to run her Goop website, $1,300 plain black blazers and all, despite receiving criticism for sounding elitist and pretentious. Whether you love Goop or hate her, one thing remains constant — she will be unapologetic about who she's been and who she will be. And as her caption accurately states, that probably won't change!