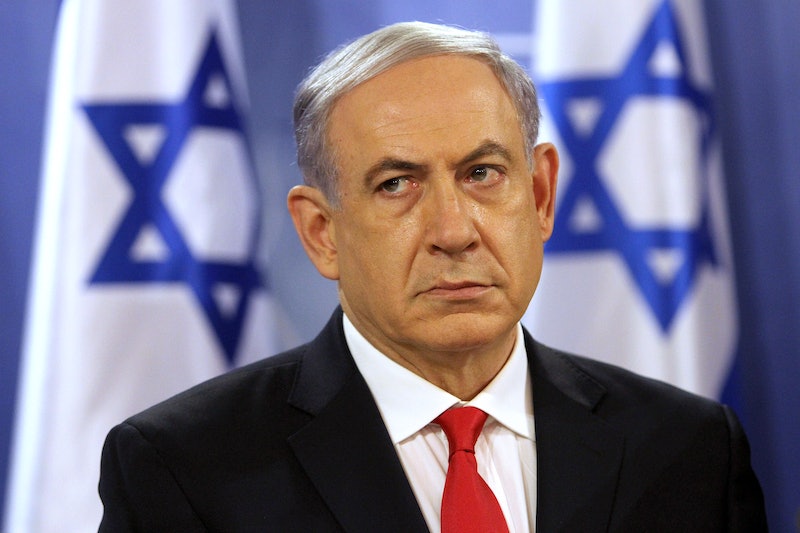 Following House Speaker John Boehner's arrangement for Netanyahu to speak before Congress in March — an invitation extended to the Israeli leader without the White House's consultation — Netanyahu has faced a swift backlash of criticism for what many have called an affront to the Obama administration. Now, three House Democrats said they will skip Netanyahu's speech to Congress in March, in a show of stern disapproval over the diplomatic slight.

The three House lawmakers, Representatives John Lewis, G.K. Butterfield and Earl Blumenauer, said they would not attend Netanyahu's March 3 speech intended to warn Congress of the dangers of the proposed Iran deal. Butterfield had choice words for Boehner, saying in an interview that the Speaker had demonstrated,

[U]nprecedented overreach. I refuse to be a part of a political stunt aimed at undercutting President Obama.

Calling the move an act of "political grandstanding," Blumenauer said in a statement:

Netanyahu is finding this visit to be extraordinarily controversial within his own country. To schedule the joint session immediately before a national election is a dangerous and reckless precedent. I will not dignify this irresponsible joint session — an affront to diplomacy, process, and security — with my presence.

Outraged by what they see as a snub to their president, Democrats have rallied behind Obama against Boehner, Netanyahu and Israeli ambassador Ron Dermer, who is purported to be the mastermind behind the narcissistic political manevuer — perhaps the last straw in his repeated prioritizing of Netanyahu’s political fortunes over the relationship between Israel and the U.S.

The Obama administration has said that the President would not meet with the Israeli leader, citing a policy of not meeting with world leaders close to election seasons back home — but according to the New York Times, that policy has been ignored in the past.

On top of the intense criticism from within the Democratic party, other powerful Democrats are also up in arms over the incident. Vice President Joe Biden refused to commit to attending the joint Congress session, and Secretary of State John Kerry said that he would not meet Netanyahu during his U.S. visit — significant because Kerry, prior to this event, has been incredibly patient in dealing with the Prime Minister and his demands in the Israeli-Palestinian talks. Politico reported that dozens of other House Democrats are also privately threatening to skip next month's address, according to lawmakers and aides.

Netanyahu is facing what could prove to be a significant headache in the next two years of his relationship with the White House, should he secure the highest political position in Israel for another term. Although he has insisted that his visit has no undertones of playing on partisan politics in the U.S., many have seen it as just that, in both an attempt to gain political traction back home as well as to win over Congress on Iran. But it seems the latter has backfired already — 10 Senate Democrats, angered by Boehner and Netanyahu's scheming, have parted with Republicans on imposing more Iran sanctions, granting Obama a sought-after reprieve to complete negotiations with the Middle Eastern country.