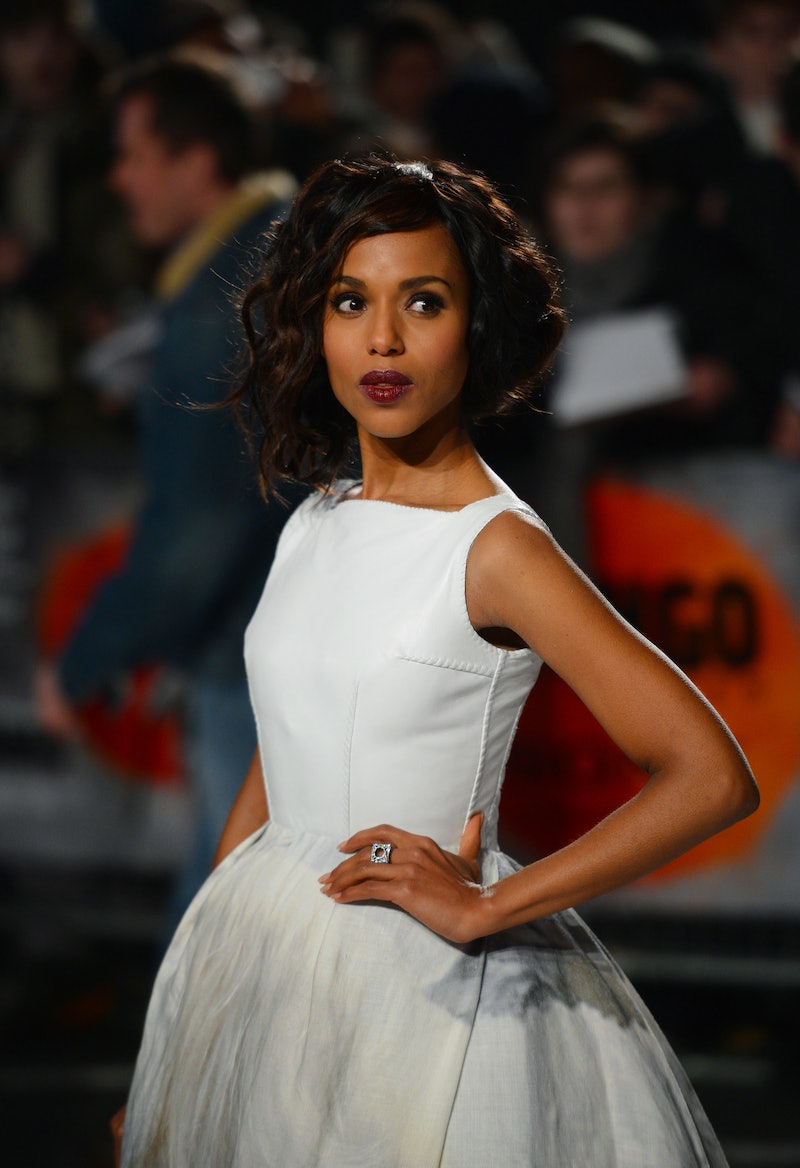 Another day, another Photoshop scandal. Kerry Washington was so excited to share with her fans that she would be gracing the cover of this month's issue of InStyle magazine.The Scandal actress posted a picture of the cover to Instagram with the caption: "I'm THRILLED to share with you all that I'm on the cover of this year's March @instylemagazine! Can't wait for you guys to see it and read it! So honored. And, crazy excited." If you read the comments closely, however, you'll learn that not everyone is as excited as Olivia - err, Kerry about how the cover turned out. Why? Because Washington's skin appears to have been lightened in the image.

Many are arguing that Washington's lips, nose and, most astonishingly, skin color have been altered on the cover. Fans have reacted via comments on the Instagram posts and on Twitter, accusing the magazine of trying to make her skin color look more like Halle Berry's and less like her own.

Of course, this wouldn't be the first time Photoshop usage in magazines or advertisements has caused outrage. And many celebs have taken a stand against the alterations done to them. But when a person's skin color is altered, then it becomes even more of a controversy.

InStyle has issued a statement saying that they did not use Photoshop to change the color of Washington's skin and that it was the bright lighting of the photo that made her appear whiter and more washed out. In the statement, published on InStyle.com, a representative from the magazine wrote:

While we did not digitally lighten Kerry's skin tone, our cover lighting has likely contributed to this concern. We understand that this has resulted in disappointment and hurt. We are listening, and the feedback has been valuable. We are committed to ensuring that this experience has a positive influence on the ways in which we present all women going forward.

Washington has the magazine's back, too. She took to Twitter stating:

With Washington's support, it's difficult to clarify for sure if the image has been altered in any way.