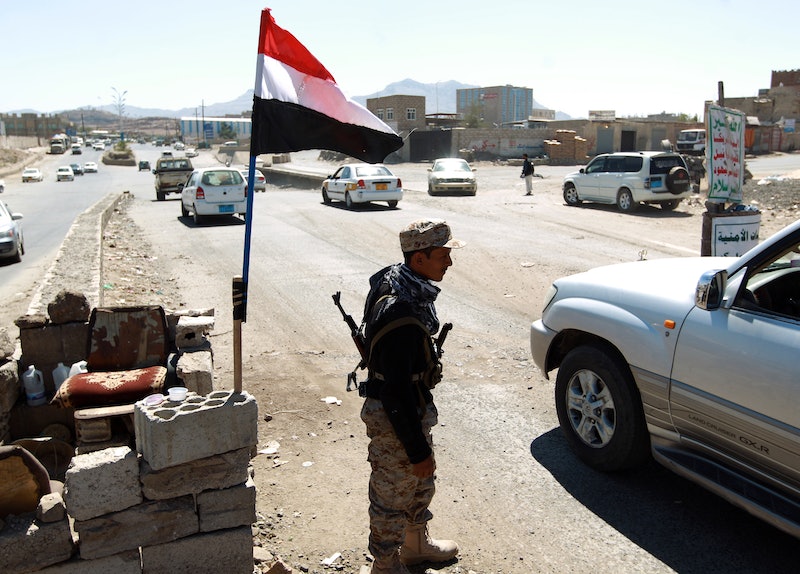 After many months of political turbulence, the government of Yemen has fallen to the Houthi rebel movement, which has now dissolved the parliament. Last month, the Shiite group dramatically seized the presidential palace and the president's chief of staff. These events prompted the President Abed Rabbo Mansour Hadi to resign just days later. The Houthis first overpowered forces and took over the capital of Sana'a in September, plummeting the country into instability.

An unknown member of the group announced during a televised address that Friday's events mark "a new era that will take Yemen to safe shores."

The newly politically empowered group said that in the absence of a president, the country will be run by an interim council of five members for the next two years. Meanwhile, a 551 person transitional council will replace the now dissolved legislature. This after weeks of failed negotiations between the rebel group and political factions.

Yemen has been particularly unstable since demonstrators were inspired by Arab Spring protests to overthrow then president Ali Abdullah Saleh in 2011, who is thought to have been supported by the Houthis. Since then, the government and military have operated among severed factions, while the Houthis launched protest campaigns against those in power.

So what do we know about the Houthi group, which is now leading a turbulent and economically challenged nation? According to Al Jazeera, the Houthi movement is believed to be funded by Iran, as the former Yemeni government admitted having intercepted weapons shipments from the Iranians to the rebels. In an interview with NPR, Letta Tayler, a senior researcher on terrorism at Human Rights Watch said:

They are a real wild card ... They have rapidly morphed into the armed faction of a full-fledged political movement. And I guess the most important thing for Americans to know is that part of the Houthi slogan is "God is great." But then it continues, "Death to America, death to Israel.

Yemen is the known home of al Qaeda in the Arabian Peninsula. And although the Houthis do not support and continue to battle the terrorist group, there remain serious concerns over how a new government will impact the global fight against extremism in the region. But instability and the absence of a formal government has not stopped the U.S. from continuing its counter-terrorism operations in the country, with a senior al Qaeda cleric killed in a drone strike yesterday.