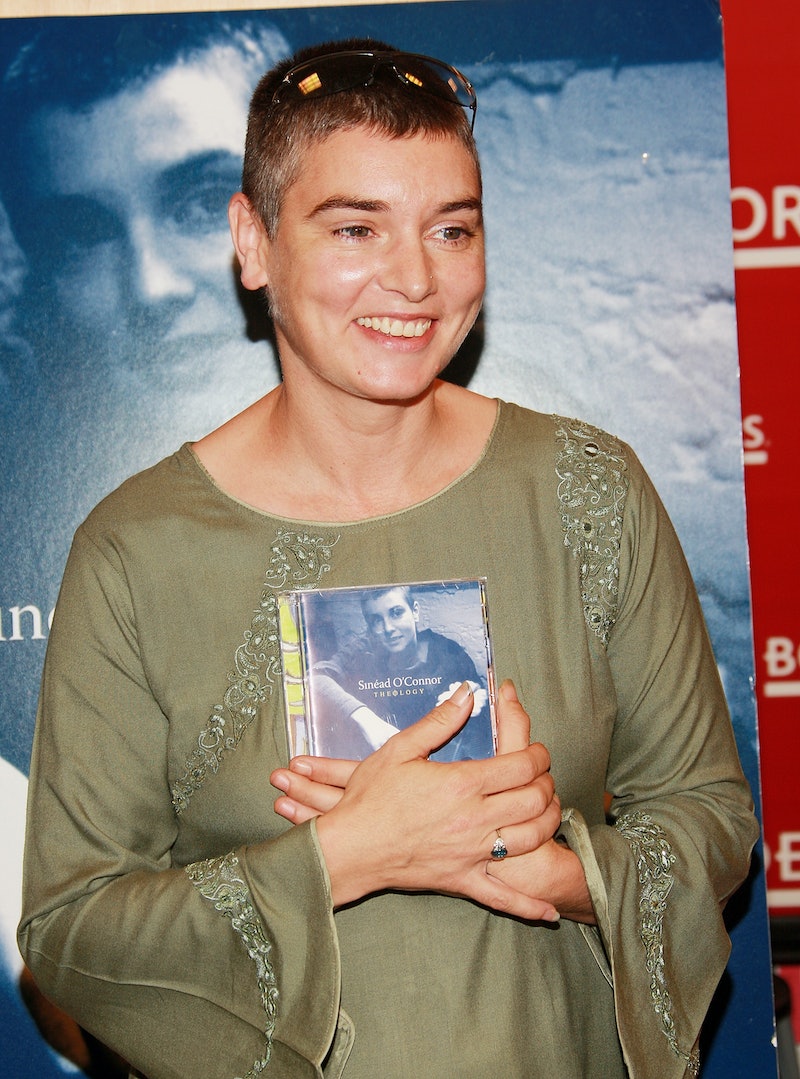 Remember when rappers were the ones who got into feuds? Apparently that trend has shifted to female singers, as the conflict between Sinead O'Connor and Miley Cyrus escalates into — to use '90s terminology — a hardcore beef. It all started with Cyrus saying that her "Wrecking Ball" video was inspired by O'Connor's "Nothing Compares 2 U." O'Connor responded with a letter, to which Cyrus tweeted a reply, which then prompted a second letter from O'Connor, more tweets from Cyrus and finally, this latest third letter from O'Connor.

And it is a doozy. While the first two letters were pretty intense and attacked Cyrus, this third letter just demands an apology. Since Cyrus had responded to the original letters by comparing O'Connor to Amanda Bynes, mocking their mental health issues, O'Connor wants an apology for herself, Bynes, anyone with psychiatric problems and anyone who has been abused by priests (lest we forget her first big controversy, when she tore up a photo of the Pope on Saturday Night Live).

The most noteworthy part of the letter, which threatens to sue Cyrus if the young singer doesn't apologize, comes at the end, after O'Connor brings Britney Spears into the mix. ("How do you feel when your friend Britney Spears is mocked and humiliated for having had mental health problems?") O'Connor gives Cyrus some more advice.

"Cease behaving in an anti-female capacity. You will become the victim of it shortly. Soon it will be you the media 'crazy' .. and you will not enjoy it.. and you will appreciate people (like myself) standing up for you."

While O'Connor has every right to ask for an apology on behalf of those suffering from mental health issues, who Cyrus essentially mocked in her responses, she herself has been behaving in a pretty "anti-female capacity." Her second letter to Cyrus was a clear example of slut-shaming, and her original letter is based on a patronizing concern for Cyrus and "allowing [herself] to be pimped."

Neither singer is handling the situation particularly well, but I think we all know where it's headed — Cyrus is going to rip up a picture of O'Connor on Saturday Night Live.