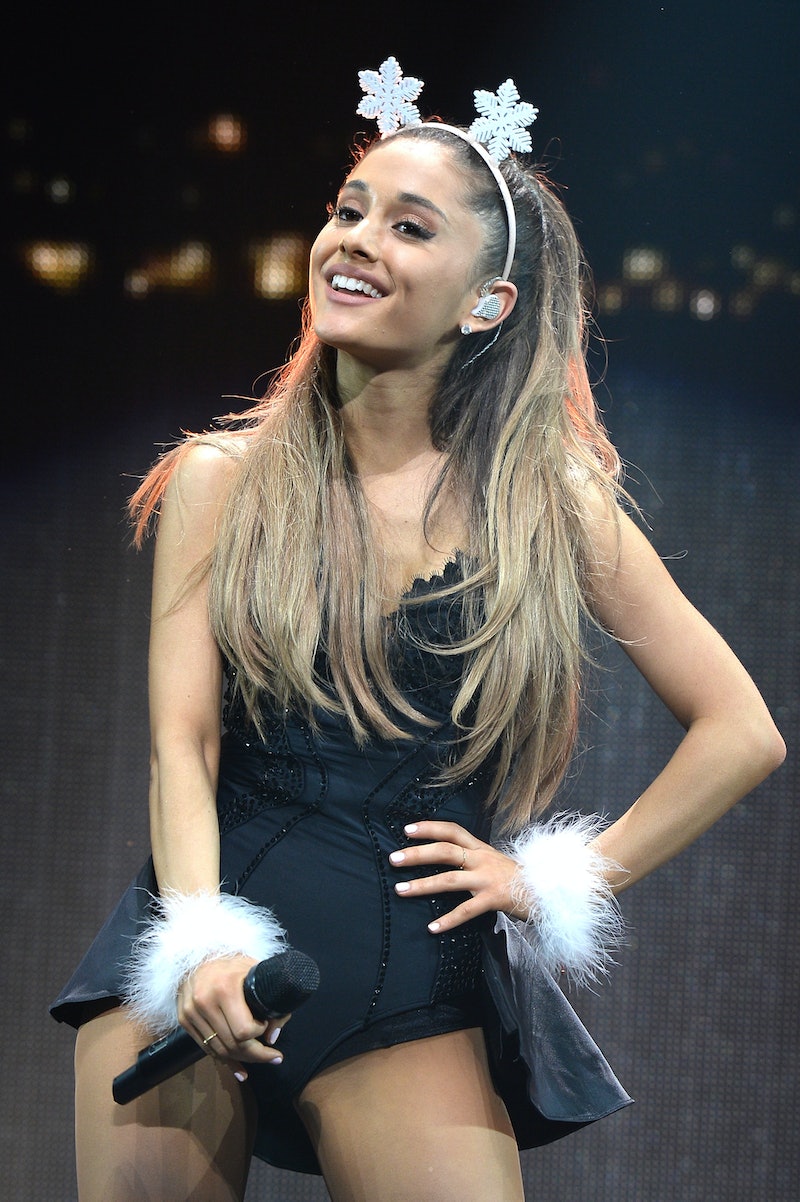 Does anyone else feel like lyric videos are a huge tease? I mean, it definitely helps to know that you're singing the right lyrics, and sometimes video releases are pushed back for a variety of reasons, so I can see how they're useful to quell the fans' anticipation. This may or may not be the case for Ariana Grande, but I'm thinking she probably released her self-directed lyric video for "One Last Time" simply because she got wind of people thinking she's singing "I should've farted" (no pun intended) instead of "I should've fought it" in the song's opening verse. Personally, I'm not really sure where flatulence and love songs intersect, but the lyric video is super cute, even though it's still not the real deal. Gah!

Oh well, Grande obviously trusts that her precious Arianators have a little more patience than I do. When posting the link to the video, she tweeted, "lyric video! a pretty, little something to hold you over until the music video is done. hope you enjoy! x." It may not be much, but, for diehard Ariana fans, at least it's something. So, for anyone who wants to double-check their lyrical knowledge, sing along to the "One Last Time" lyric video below:

Looking at moving purple clouds that resemble cotton candy along with white lettering makes for some pretty pleasant scenery, but, until she releases the full video for "One Last Time" (or maybe performs the song at the Grammys!), here are five of Grande's cutest performances to help tide over all of us diehard fans...for now, at least:

I don't care that this song is on my mom's iPod or that Christmas just passed — I see absolutely nothing wrong with jamming "Santa Tell Me" all year around.

My favorite part of this AMAs performance was Grande completely working it on stage. And at the 2:27 mark, check out Frankie waving from the audience. Too cute!

Aside from her run-in with Elsa Hosk's wing, Grande's Victoria's Secret Fashion Show performance was easily one of the night's highlights. Skip ahead to the 24:30 mark to see her take the stage.

Grande played it all coy by stealing glances at the crowd, but she totally knows she rocked it.

Big Sean took the stage like a nervous schoolboy, but the couple's onstage chemistry was completely adorable.