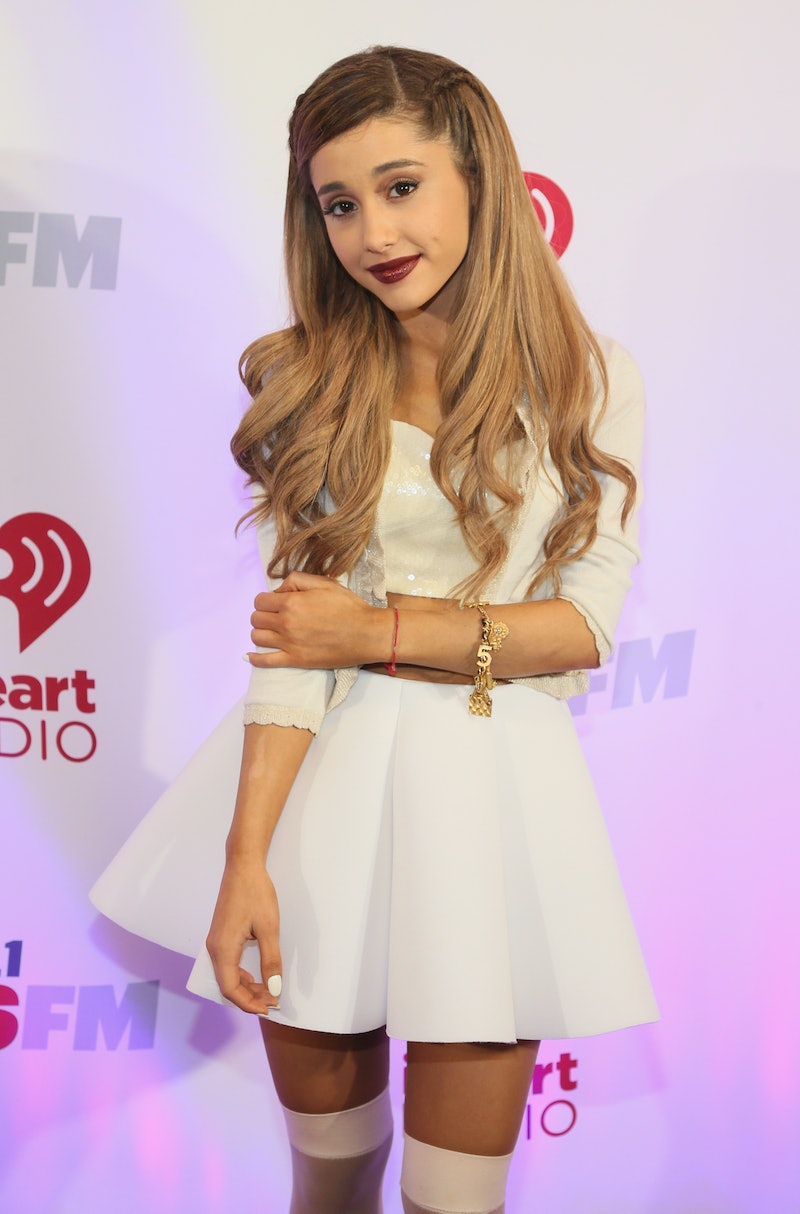 We're all guilty of doing this. At one point or another, you've had absolutely no freaking idea what your favorite artist is singing. And so, you do the only logical thing you can think of — you make up some words. It's fine, I promise I won't tell that you thought Taylor Swift's "Blank Space" lyrics were "Starbucks lovers." Sometimes it's not even your fault — sometimes, the artists in question actually sound like they're saying something completely different than what the accompanying lyric booklet says (does anyone still buy CDs? or do we all just check the Internet?), such as in the case of Ariana Grande's "Break Free" and "One Last Time."

I don't know how she does it, but Grande always sounds like she's singing about farting. It's quite possibly one of the most amazing things about her, aside from the fact that she's also possibly aging backward. Not one, but TWO of Grande's hits have lyrics that can be misheard as the 21-year-old singer belting about flatulence. Which, because we're all still middle-schoolers at heart (yes, even you over there), we find absolutely hilarious.

But these aren't the only instances of fans mishearing Grande's lyrics and, don't worry, because you're not alone in not being able to understand a damn thing Grande says.

You're probably making up lyrics to one of her songs right now. So with that being said, here are some of Ariana Grande's most misheard lyrics and what she's actually saying.

Misheard Lyrics: "Fart on your body, I came alive"

Actual Lyrics: "Thought on your body, I came alive"

Notes: Did she come alive with laughter? Because that's really the only thing you can do when you fart on someone, just saying. Not that I've done it, but you know what I mean.

Misheard Lyrics: "Head in a glove, got no weight on my shoulders"

Actual Lyrics: "Head in the clouds, no weight on my shoulders"

Notes: Picture someone wearing a glove on their head — and then realize that a hat is actually a glove-type thing for your head.

Misheard Lyrics: "I know I should've farted, at least I'm being honest"

Actual Lyrics: "I know I should've fought it, at least I'm being honest"

Notes: I mean, everybody farts. Either way, I'm proud of Grande for being honest about what she should've done.

Notes: Honestly, I don't know what exactly is weirder here — the misheard lyrics or the actual ones. How can one's body be "baking?" I think I'm more interested in "body bacon" — where can I buy that?

Misheard Lyrics: "Baby, can you give your jeans a chance to love me?"

Actual Lyrics: "Baby, then you'll get your chance / The chance to love me"

Notes: Jeans are important in anyone's life, obviously you want your SO's jeans to love you. They deserve that chance.