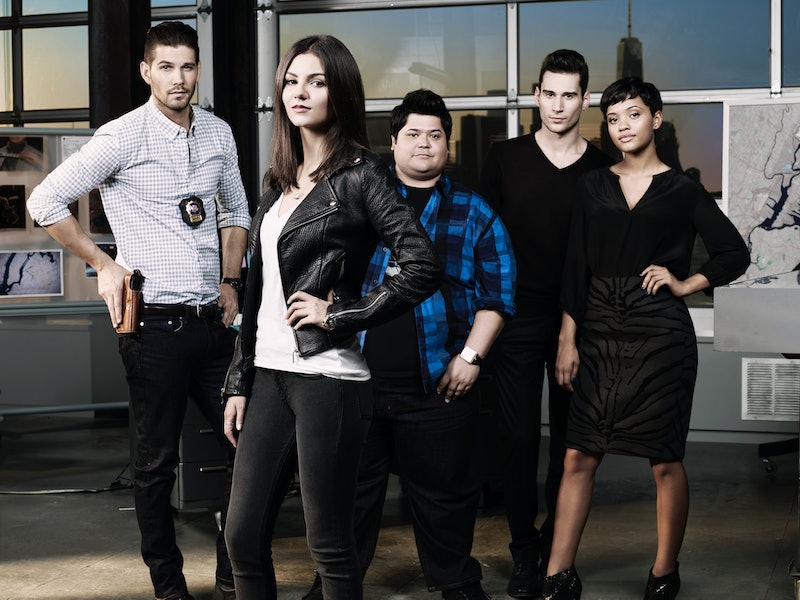 I can't figure Eye Candy out, and that's exactly what I love about it. The series, which is part crime procedural and part serialized drama, may feature multiple stalkers, killers, and hackers, but at the end of the day the MTV series is tied together by one very large question — who is the Eye Candy killer obsessed with Lindy? We're not anywhere close to finding out the official answer to that question, but that doesn't stop people from theorizing and turning the entire character list into one of potential suspects. One character that fans seem most suspicious of is none other than primary love interest Tommy, the hot cop who clearly has feelings for Lindy.

There are a ton of reasons why Tommy could be the killer. The obvious one? He has some major feelings for Lindy, which, obviously, the killer does as well. Sure, he might push her away, but wouldn't that be a great cover for someone who is so obsessed with you that they're willing to murder everyone you've ever loved? And speaking of everyone Lindy has ever loved, her cop boyfriend Ben — the one who ended up dead in the series premiere — also happened to be Tommy's best friend. If Tommy is the killer, offing his best friend was kind of a brilliant strategy — who else would Lindy turn to other than the person who knew her boyfriend just as well as she did?

But while Tommy is certainly in the running for Cyberstalker of the Year, this new clip from the fifth episode of Eye Candy — titled "IRL" — may give some fans pause. It did for me, though I'm not entirely convinced that it completely rules out Tommy as the killer. In the clip, we see that someone put an ad up online, essentially saying that anything in Tommy's apartment was up for grabs. Unfortunately for Tommy, that also meant his dog. Luckily, Tommy tracked down his pup just in time to save him from euthanasia — something that the cyber attacker sped-up the process on virtually. Watch the clip below.

It seems pretty obvious that Tommy wasn't behind the attack on his own home and dog — it would be pretty pointless to do so, considering no one was around to witness it. But I'm not convinced that this attack was the work of Lindy's cyberstalker. Here's the "calling card" that the killer left on the animal shelter's file:

We haven't heard of Lindy's stalker referring to himself as "Bubonic," which, here, seems a reference to the bubonic plague — the person even left a picture of the mask associated with the plague. Then there's the "Happy Anniversary" aspect of the note — someone wants to remind Tommy of something specific. It could be Lindy's stalker, but it doesn't seem particularly likely. It's doubtful that Lindy's creep would care about something related to just Tommy.

Someone is definitely after Tommy, but that doesn't exactly absolve Tommy of any potential guilt. Tommy could still be Lindy's secret stalker — he just might ironically also have one of his own.