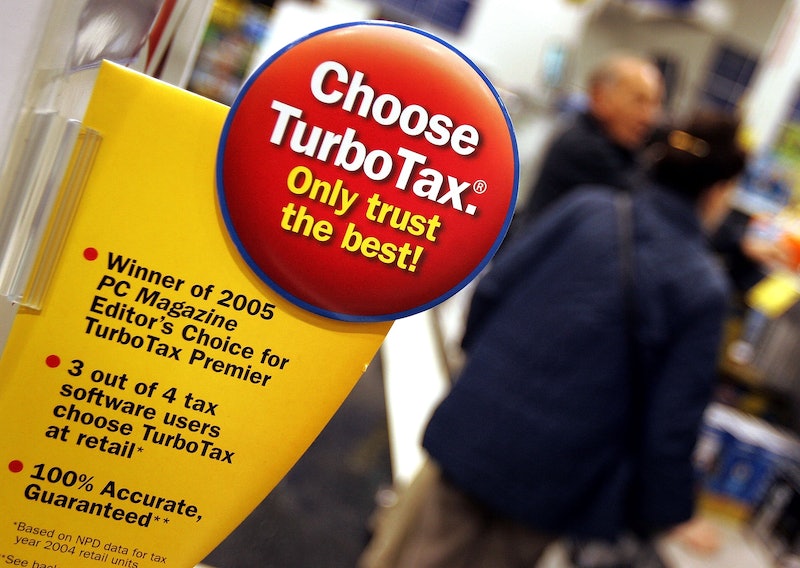 Last week, tax filing software company TurboTax was forced to halt the processing of state tax returns and disable the ability to e-file after a barrage of filings that they deemed suspicious prompted a major internal investigation. The company, which offers online filing services for individuals and businesses, noticed the suspicious activity early Thursday evening, Feb. 5. The service was back and running by late Friday evening.

When investigating the filings, they partnered with security firm Palantir, whose headquarters are located just a town away from TurboTax's parent company, Intuit.

Palantir and TurboTax concluded that the suspicious filings came from individuals who'd obtained data from other sources and set about using that information for their own monetary gain. TurboTax customers may have also noticed the suspicious activity; email notifications may have been sent out to existing customers to inform them that they'd successfully filed their taxes when they personally hadn't. Additionally, customers who failed to receive an email notification but had their taxes fraudulently filed were met with notifications by TurboTax that they'd already filed their taxes when trying to sign onto the website.

We’ve identified specific patterns of behavior where fraud is more likely to occur. We’re working with the states to share that information and remedy the situation quickly. We will continue to engage them on an ongoing basis in an effort to stop fraud before it gets started.

The state of Minnesota responded strongly to TurboTax's claims of fraudulent filings, subsequently banning any state taxes filed with the software from being accepted or processed. They also offered a support line for customers who may have been affected by the security issue. All other Intuit filing software will still be accepted in Minnesota, however. TurboTax was in poor standing far beyond the North Star State when they upped prices for their Premier and Home & Business filing services substantially. Amid public outcry, the company responded and will be offering a free upgrade to those who've purchased their far more affordable Deluxe filing services. That upgrade will be available Saturday, Feb. 7.

At least 19 states were affected by the fraudulent filings, though no other tax filing services reported any similar findings nor did they alter their software in response to the TurboTax investigation. For those who needed to file their taxes during TurboTax's e-filing freeze, services like H&R Block online, TaxAct, and Jackson Hewitt were still running smoothly and continue to report no issues. No federal tax filings were affected.