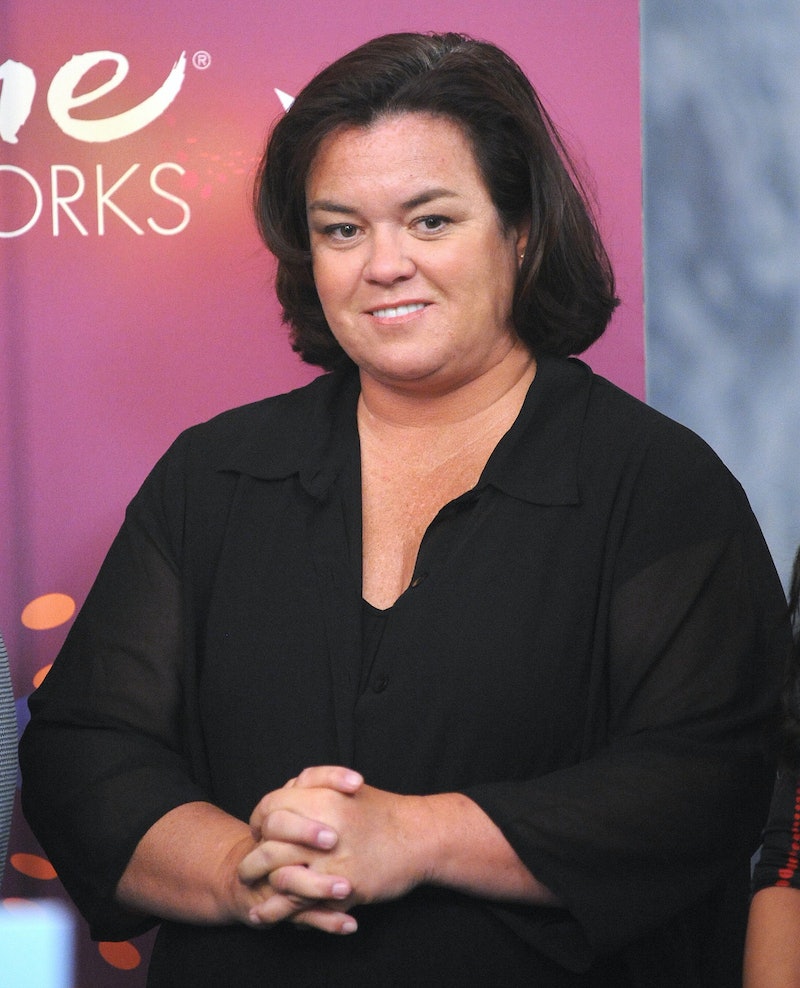 This is sudden. According to reports from a variety of sources including Deadline and The Hollywood Reporter, Rosie O'Donnell is leaving The View again after she returned to hosting duties in July 2014 — and, apparently, her exit is happening sooner than one would expect, with O'Donnell actually slated to leave the show after she continues her co-hosting duties through just next week.

Though it seems the shocking news may have come out of nowhere — O'Donnell's run on The View has never been short of controversy, with clashes having been reported between her and multiple co-hosts — according to O'Donnell's publicist, the decision doesn't come after a new bout of trouble between O'Donnell and the show, but instead, something much more personal: "Rosie and her wife Michelle split in November," O'Donnell's publicist explained, according to Deadline. "Rosie has teens and an infant at home that need her attention. … She is putting her personal health and family first. ABC has been wonderfully understanding and supportive of her personal decision to leave The View. Next week will be her last."

It's an understandable reason, of course — family always comes first, and it's good to see that O'Donnell is putting her children before her career. Additionally, according to a statement from ABC confirming O'Donnell's decision, the network added that O'Donnell may return to The View on a guest-host basis in the future: "When she told us that she wanted to exit The View, we respected and understood her desire to put her well-being and her family first...we know she’ll return to The View often with her unique point of view and updates on her work and her family."

O'Donnell will continue her co-hosting duties through next week.