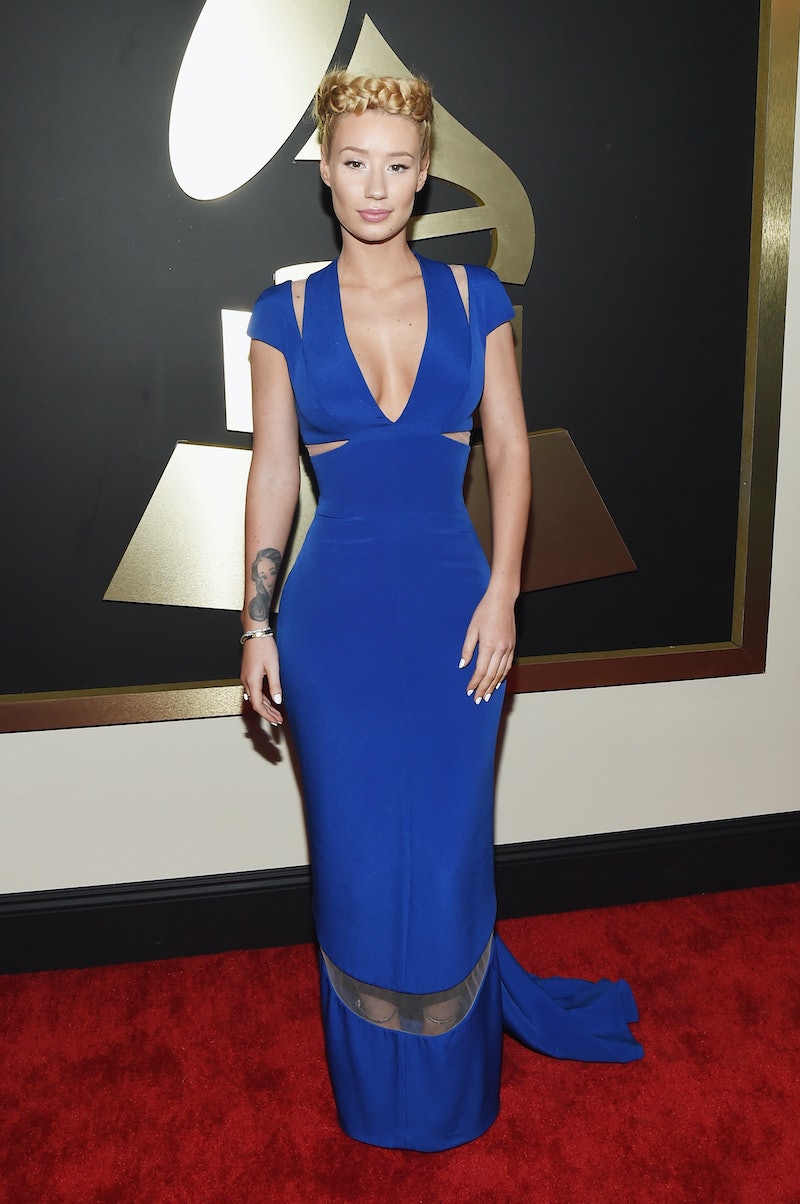 Iggy Azalea is no stranger to the spotlight, and her fashion sense definitely commands attention. As the host of MTV's "House of Style," a frequent star of major ad campaigns, and, most recently, a designer of a shoe collection for Steve Madden, the "Fancy" singer has proven time and again that she knows a thing or two about fashion. She's known for rocking dramatic silhouettes, ultra-sexy cutouts, and interesting twists on menswear whenever she hits the red carpet, and let me tell you — Iggy Azalea did not disappoint when she hit the 2015 Grammy Awards red carpet wearing a sexy blue Armani dress. No plain-Jane silhouettes or sparkles for the Best New Artist, Record of the Year, Best Pop Duo/Group Performance and Best Rap Album nominee! (Yes, four nominations. You read that correctly).

Iggy's Armani Privé frock is a deep cobalt blue (that perfectly compliments her skin tone, I might add) with sheer cutouts at the shoulders, hem, and rib cage. She kept her accessories and makeup extremely minimal, which was probably a smart move given that her glamorous blonde hair was swept off her face in a giant braid that circled the crown of her head, milkmaid style. The 'do is a bit odd, but it works for her. The slick white manicure is also a nice finishing touch.

Whether she takes home an award or four tonight, one thing is certain — Iggy Azalea continues to be so fancy.