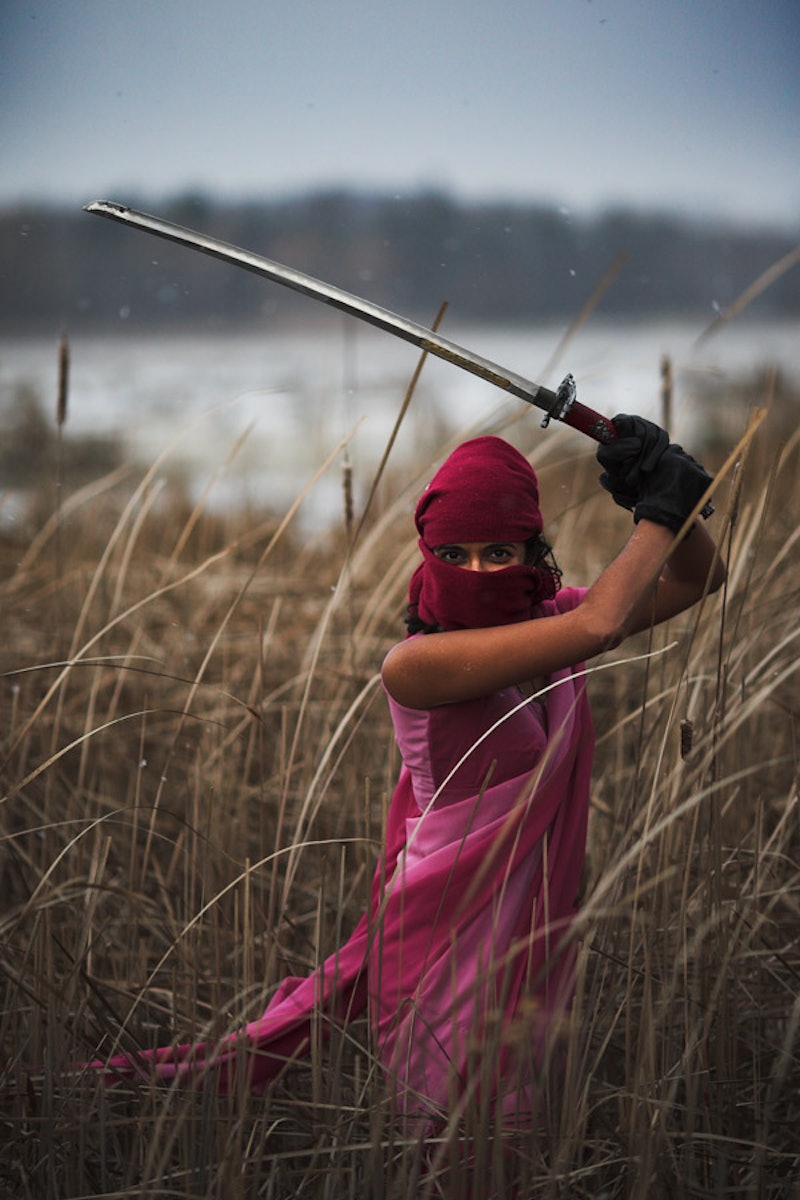 I grew up with a mother who believed that girls could do anything, and my bookshelves were stocked to reflect that fact. From Matilda to Little House on the Prairie, my YA years were peopled with strong, independent female protagonists, and by the time I reached puberty I had not one but two copies of Our Bodies, Ourselves. As I came into my own literary maturity I reached for seminal feminist texts reflexively — I felt at home with Betty Friedan, Simone de Beauvoir, and Virginia Woolf, and instinctively uncomfortable around the more subtly misogynistic great masters (thanks for nothing, Philip Roth).

Over the years, I've continued to linger among the outspoken giants of feminist literature, but I've also developed a hunger for books that express a more subtle feminism — one that creeps in with the story and builds with the characters. It's the kind of feminism that a reader might not notice at first. You could say I've developed an appreciation for the feminist sneak attack, and these 9 books are some of my favorite examples of the art.

From rich, complex female characters to narrative structures that deftly defy the more traditional tropes, each of these artful and inspiring novels explore feminist ideas in new ways, and every single one will surprise you with the depth of their devotion to the ideals of equality that form the very foundation of Feminist theory.

The Mists of Avalon by Marion Zimmer Bradley

As a devotee to historical fiction, I'm somewhat ashamed to say that I often view these novels as a guilty pleasure given that so many of the female characters are depicted as willing victims, exploring the power of their beauty and refinement while waiting for the menfolk to save the day. Marion Zimmer Bradley's The Mists of Avalon starts off in a similar vein, as the story of Camelot retold through the eyes of the women whose songs go unsung in the traditional tales of the knights of the roundtable. Bradley's evocative prose takes a little while to reach full swing, but when she does, this exceptional story not only puts the woman's perspective front and center but also reveals the nuances of power and the ways in which women have challenged traditional gender roles throughout history.

Anne of Green Gables is, at first, the story of a young orphan girl mistakenly adopted by an elderly couple who were planning on bringing a boy into the family fold. As Anne wins over the hearts of Matthew and Marilla and earns her place in the family, she also begins to work her magic on the people of small-town Prince Edward Island. As Anne takes on the prideful Gilbert Blythe and the haughty gossips that dot the rural landscape, this pert and pugnacious free spirit brings new depth to the concept of the independent female protagonist. By book's end Anne of Green Gables reveals itself to be so much more than a story about family — it becomes a story about potential, promise, and the true meaning of individual equality.

Alice Munro's short stories are narratives of subtle, breathtaking beauty. With Selected Stories, Munro focuses, as she so often does, on the small towns and rural farmsteads of Canada, intimate family dramas, and the heaving momentum of daily life as experienced by the livers. Munro's stories don't focus exclusively on women, nor do they explicitly espouse feminist values, but they do explore the interior life of the women who people them with astonishing clarity and exquisite complexity. Munro's women, unlike the women of so many other tales, are fully realized, honest, and vibrant characters in their successes and their failures, and such an honest portrayal is in and of itself one of the most militantly feminist gestures a literary master like Munro could possibly make.

The Bloody Chamber by Angela Carter

If there is a single genre most detrimental to the feminist cause, that would certainly have to be the fairytale. From willowy blond princesses waiting helplessly atop towers, to dancing sisters trapped in their own eternal perfection until Prince Charming arrives, the fairytale is the absolute antithesis of feminist literature. Of course, in the hands of Angela Carter, the fairytale becomes something different altogether. Weaving a dark, disturbing, and absorbing series of twisted tales from the threads of traditional narratives, Carter calls into question the legitimacy of the genre itself and her anarchic, absurdist feminism hits hard by the time you realize that it was there in the fabric of the writing all along.

E. B. White's Charlotte's Web begins as the story of one young girl's desperate attempt to save the pig she dearly loves — a courageous act, and one that foreshadows the subtle feminism that will soon develop within the pages of this beloved children's classic. Ultimately it isn't Fern, but Charlotte herself who truly transforms a darling farmyard alliance into a daring feminist allegory. In an upending of the traditional gender roles, Charlotte is the one who swoops in to save the helpless Wilbur, and in doing so she demonstrates a bravery, mastery, and wit that outshines the somewhat more feeble attempts of her male counterparts, and makes manifest the idea that women truly can do anything they set their minds to.

Freedom has taken a lot of flack over the years for its brazen portrayal of a strong female protagonist, Patty, in search of a life she's happy to call her own. Patty experiences her share of trauma along the way, some of it the ordinary, day to day anguish we all suffer through, and some more monumental, more grotesque. Patty is by no means a perfect woman or a perfect feminist, but she is in many ways a mirror of the more brazenly feminist protagonists authored by Virginia Woolf, De Beauvoir, and more. Patty compromises, concedes, royally screws things up, retreats, and re-emerges, more comfortable in her own skin. Patty is a reminder that equality doesn't always look the way we think it will, and that making mistakes is a fully acceptable element of female empowerment.

Octavia Butler's Kindred is unusual story of a woman sent back in time to the antebellum south where her ancestors are enslaved and the white son of the plantation's owner is in imminent danger of drowning. Butler's strange narrative subverts traditional racial and gender roles in a time that highlights a much more normative reading of women's place in society. With this transgressive story, Butler calls into question not only our current understanding of equal rights, but also the history that has brought us to this point, through the haze of a story so rich and strange it almost obscures the message... almost.

Patti Smith's Just Kids is, quite simply, the most exceptional memoir I have ever read. Plainspoken and bursting with honest pain, creative pleasure, and emotional turmoil, Just Kids feels deeply, authentically true in a way few autobiographies do. After following along with Smith for some time, it becomes clear that this world-famous rockstar is letting us in, breaking herself down, and building herself back up in our presence — a high compliment to the reader and a courageous work of art. Rarely do we see a woman so completely from the inside out, and that in and of itself is a gift to all of us in search of equality.

Tenth of December by George Saunders

George Saunder's Tenth of December has been lauded in virtually every arena available for literary praise, and yet the subtle feminism of this stunning collection of short stories seems to go widely unheralded. Saunder's egalitarian satire takes a good while to develop, but his critique of our more disappointing social norms comes in loud and clear once you train your eye on it. With humor and nuance, Saunders calls into question all of the ways we have not yet lived up to the dream of equal rights for all.

More like this
The 'Firefly Lane' Book Ending Teases Way More Tears To Come In 2023
By K.W. Colyard
Allie Rowbottom Will Have Her Feminism With A Side of Botox
By Samantha Leach
10 Organizations To Support On Latinx Women's Equal Pay Day
By Caroline Burke and Mia Mercado
'Bridgerton' S3 Teases Exciting Social Season For Penelope Featherington
By Bustle
Get Even More From Bustle — Sign Up For The Newsletter