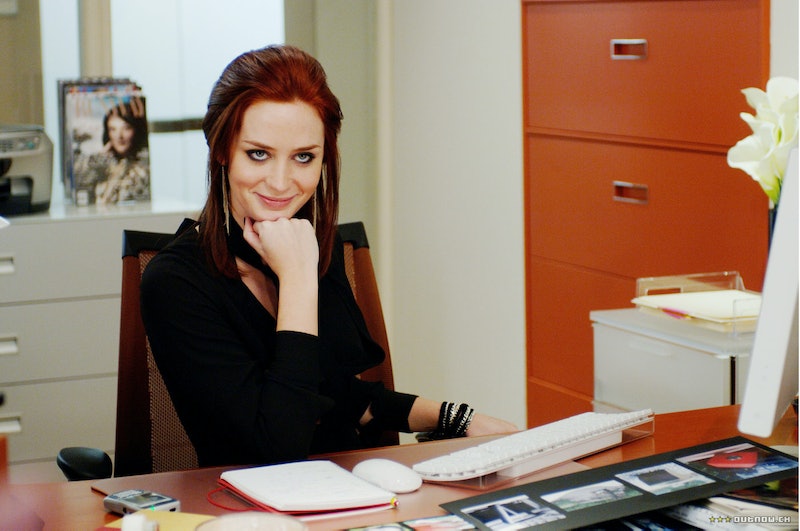 As all of us know, part of being an adult with a steady job is working with people who you have a love-hate relationship with. Though many would think that constantly being around someone in the office whom you have mixed feelings about would have a negative impact on your well-being, new findings suggest that having a work "frenemy" may actually make you better at your job.

How? The weird part about having a frenemy is the tumultuous quality of the relationship. One minute, you’re laughing and bonding over your love of Scandal and the next, they’re putting you down in front of your boss. To many, this uncertainty is a bad thing. Per New York Magazine's Science of Us though, this strong mix of positive and negative emotions can challenge you to think from another person’s perspective.

To prove this, Shimul Melwani, an assistant professor of organizational behavior at the University of North Carolina at Chapel Hill, and colleague Naomi Rothman of Lehigh University, conducted an experiment. First, students were paired into partners and then asked each other questions — first general ones (about their hobbies, etc.), and then increasingly competitive ones (who has a higher GPA?). Half of the group of students only asked these questions to each other online, while the other sat face-to-face while doing so. In the end, those who only chatted online felt almost entirely friendly, while those who actually met in person said they felt a mix of positive and negative feelings toward their partner.

Once those feelings were established, the scientists then had each individual edit an essay that the participants believed was written by their partner. Those with the conflicted feelings were more likely than the others to say they’d felt highly motivated during the editing task. Not only that, but according to the study, they were also more understanding toward their partner, agreeing with statements like I understood why the person made mistakes.

Though there hasn’t been much exploration into these types of ambivalent “frenemy” relationships in the workplace, Melwani’s experiment suggests that they can strengthen our critical thinking skills and help us make better decisions at work. As Science of Us writes, “seeing things from other people’s point of view allows you to see more sides of an issue, allowing you to fully think it through before you decide on something.” So the next time your work frenemy is driving you crazy, just remember — it’s all for a bigger purpose.