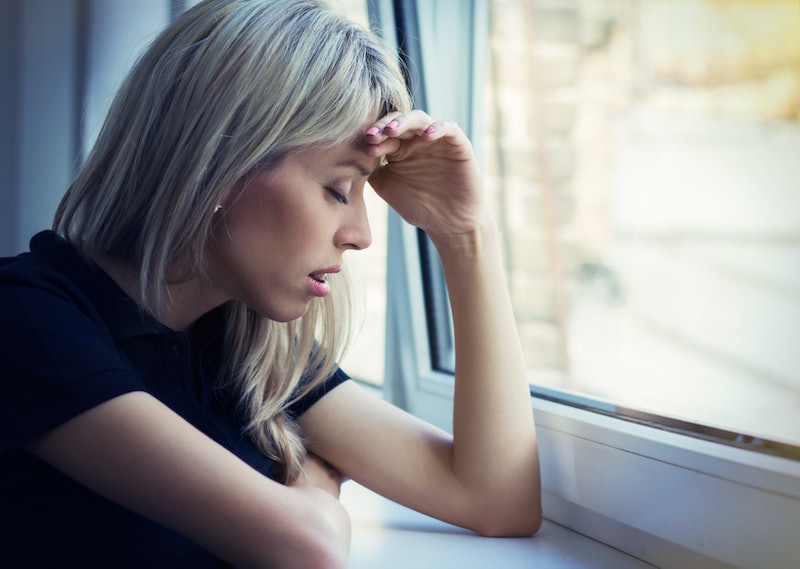 Have you ever had the bad luck of stubbing your toe on an already-terrible day? How about that mild dehydration headache when you're trying to finish a work project or study for a test? It's enough to make you want to crawl into a hole, admit defeat, and cry for a few hours. New research confirms what you probably already suspected: stress makes pain worse, as if it wasn't bad enough by itself already.

Researchers at Tel Aviv University had some experimental participants subjected to "a computer-based algorithm designed to induce psychological stress." The reality of this "algorithm" is even meaner than you think: the participants are told that an average score on the test is 80 or 90 percent, but no matter what they do (and no matter how well they answer the questions and complete the tasks), they can't score above 45 percent. Unsurprisingly, previous studies showed that this setup really stresses people out — they must feel stupid, embarrassed, and inept.

Then, the Israeli researchers assessed their experimental participants for pain tolerance, for instance by exposing them to increasing heat. As their findings, forthcoming in the journal Pain, indicate, the more stressed a participant felt following the rigged computer test, the less pain he could withstand subsequently. In other words, the more stressed-out people reported feeling higher levels of pain subjectively from a temperature of stimulus that may not have bothered the less stressed-out people at all. Researchers therefore recommend that people reduce their stress levels, to reduce the physical discomfort they face, too. Well, duh!

Of course we should reduce our stress levels — it's just kind of hard to do when the economy is (or at least seems to be) in the toilet and money worries abound. Some groups of people are more stressed than others, and this new research means they are likely to be feeling more pain, too — how's that for unfairness? Allegedly, stress makes women nicer and men meaner, but at the end of the day, everybody hurts on the inside.

Your ability to cope with stress is genetically determined to a large extent, but don't let that keep you from doing what you can to curb your stress levels, and therefore your pain levels too. Healthy diet, regular exercise, enough sleep — you know the drill. It's not easy, but you'll be sparing yourself psychological and physical discomfort in the process.