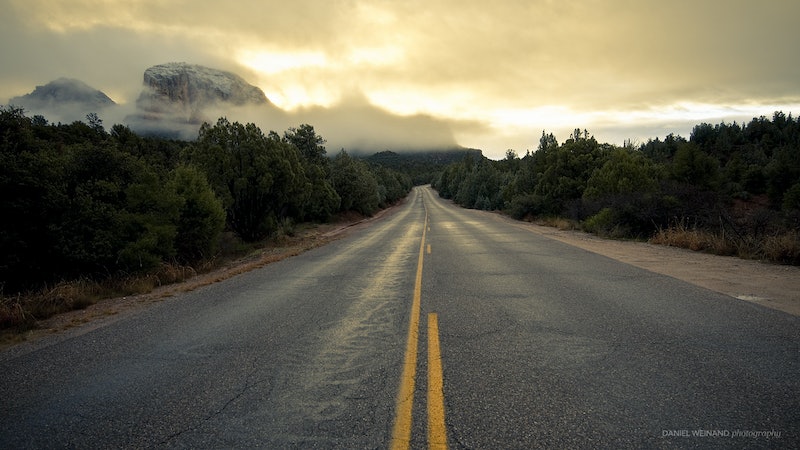 If you planned on taking a weekend trip last year but somehow never got around to it, you're not alone. According to a recent study, more than half of millennials (a.k.a. 18 to 34 year olds) regretted not taking a spontaneous trip in 2014. Admittedly, Mashable reports that the survey was conducted by Wakefield Research for the travel planning company Priceline, so they definitely stand to profit off your wanderlust. But when you consider all the evidence indicating that vacations are great for your mental health, it doesn't seem like such a bad idea to act on your daydream of getting away from it all for a little while.Out of the 1,000 adults surveyed, 49 percent of overall respondents, and 67 percent of young adults, reported that they wish they had taken an impulsive trip last year, and a whopping 73 percent of millennials stated that they were planning on actually doing so this year. Personally speaking, I have to get out of town at least once a month, even if it's just to visit my parents for the day, or I start to get a little stir-crazy. I'm fortunate in that writing is a job I can do pretty much anywhere, whether it's from my apartment or a beach in Florida (wishful thinking there), but for most people, finding the time to take a trip is a lot harder. The benefits, however, far outweigh the inconvenience of figuring out how to leave work early on Friday. (And also packing, because it's the worst.)

Multiple studies show that travel is good for you both mentally and physically. In 2014, a report found that women who take vacations twice a year are significantly less likely to have heart disease, and conversely, men who didn't take time off were 20 percent more likely to die. Eek! Clinical neuropsychologist Paul Nussbaum told the Chicago Tribune that all the novel experiences that come with travel can even help prevent Alzheimer's.

Luckily, we have easier access to travel than ever thanks to smartphones. According to Mashable, 84 percent of respondents in a survey conducted by Expedia reported that their mobile phones made trips "at least somewhat easier," and there are plenty of apps designed to make planning a vacation as uneventful as possible. So next time you find yourself itching to get out of town, go somewhere for a long weekend! If you're anything like the rest of us, you'll regret not taking the chance.