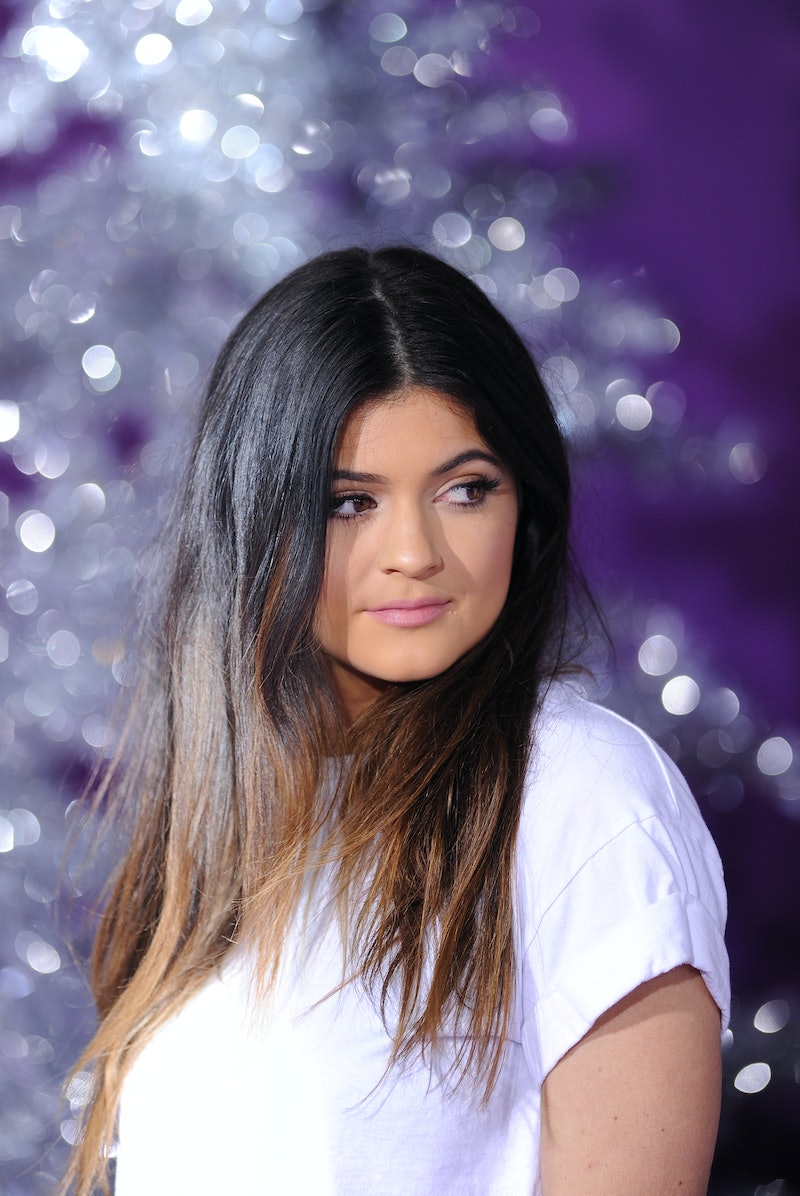 So, those Kardashians just can't stop trying to outdo each other's internet buzz and controversy. First, Kim K made waves with her full-frontal Love Magazine shoot, then Kendall wore prosthetics and went topless, and now Kylie Jenner has dreadlocks. The youngest Jenner posted a photo of her new hairstyle on Instagram with the caption "Dreads" on February 6th — which many Twitter users were quick to point out was Bob Marley's birthday. The photo was extremely dimly-lit, so it was hard to truly get a good of a look at what she did, or the extent to which Jenner committed herself to the style. I think I've just about reached my Kardashian quota for the year, but we need to talk about this latest instance. Regardless of whether it's just a temporary change or whether she was given the style for a photo shoot, it's a problem.

Like Kendall's adoption of large boobs and a big butt via prosthetics earlier in the week, being able to play with or adopt something for "fashion" or "art" and then drop it whenever you feel like doing so is a demonstration of privilege. Playing dress-up as a hyper-sexualized or fetishized body type, or being able to put on a wig or extensions that mimic a hairstyle with historical and cultural significance, is problematic. Because at the end of the day, being able to remove the style or walk away from it as you see fit is something of a luxury. As a white person, I have to urge you other white people to listen to POC who are asking us to at the very, very, very least consider the implications of our actions.

Artist Detroit Che said on her Twitter that she was "all for Kylie Jenner experimenting with dreads, but it's messed up how when blacks apply for jobs w/ them, we look 'unprofessional.'" At the same time, writer Jenée Desmond-Harris makes sure to assert that expecting one black person to speak for all black people is unfair. She advised someone with a white friend considering dreads, "You'll do him a disservice if you let him believe that he can borrow a traditionally black look, keep the style and be excused from the scrutiny." Understanding the history of dreadlocks and the reasoning as to why people are opposed to them, or consider dreadlocks cultural appropriation, is the lightest burden possible to bear before experimenting with a hairstyle.

The thing that's already frustrating about this is Jenner being called "edgy" for this choice, or all the hypotheses along the lines of, "What if this starts a trend?" Like big lips before the dreads, Jenner getting credit for this "edgy" style would be a big mistake. Bustle's own Kristin Collins Jackson laid it out this way:

"People of color have inspired numerous fashion trends throughout American history and most often than not, the credit is never given to us. Credit doesn’t have to be an article introducing a trend titled, 'Thanks, black people, for telling us {blank} is cool,' but to have Valentino feature at least one WOC in their lookbook would have been nice."