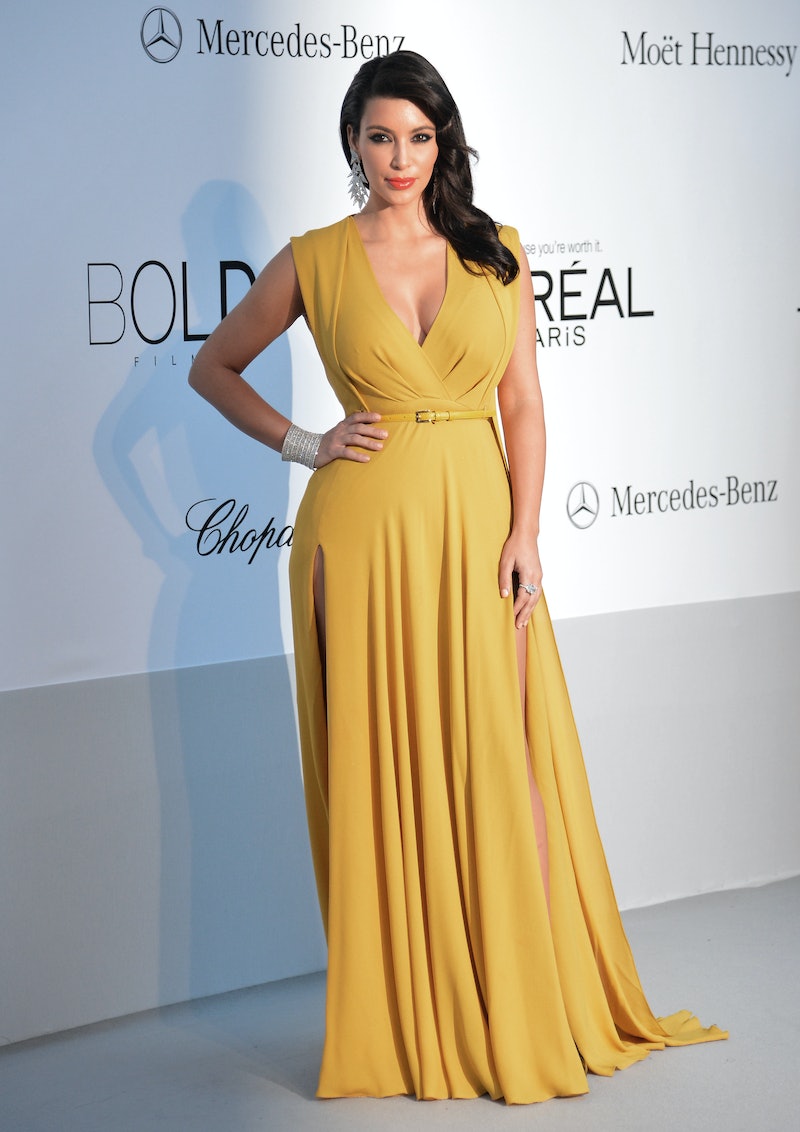 OK, you can only break the internet once, Kim. The second go-around is definitely not as shocking. A scandalous new photo from Kardashian's latest Love Magazine spread has leaked, and it's definitely not as "natural" as the one that hit the net a few days ago (and by natural, I mean that her butt, which she is proudly displaying to the camera, is not greasy.) The reality star goes full-frontal again in the new image, and although her bits and pieces are censored, her oily bod is pretty familiar to everyone now.

In the image, Kim is standing in a doorway wearing nothing but an open coat and showing off her stuff like a superhero. Oh, and she's wearing glasses. After her Paper cover shoot, though, this feels pretty been-there-done-that. Of course, every woman has the right to do what she wants with her body, and that includes having revealing photos taken, but didn't you say you were never getting naked again that one time? A lot changes in five years, I suppose.

Also, is it just me, or does Love need to cool it with its full-on obsession with the Kardashian/Jenner clan? Kendall, Kylie, Kim, and even Kris... don't get me wrong, I keep up with the Kardashians as much as the next trash TV fangirl, but this is just excessive now. This will be Love's 13th issue, and I'd venture that at least half of them (if not more) feature a member of the reality TV royal family.