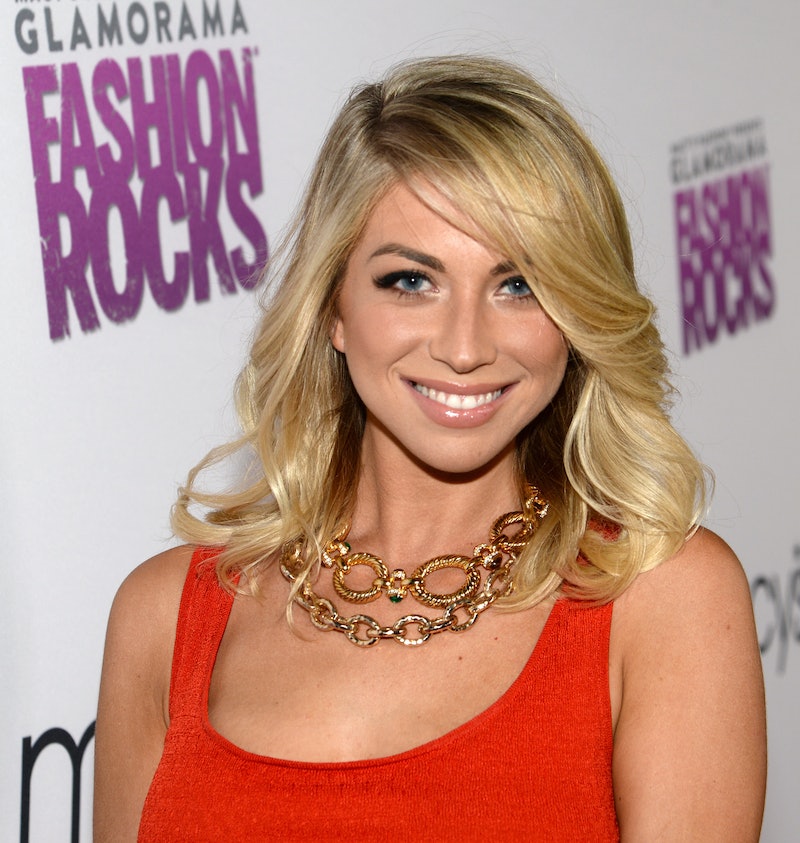 Queen bee Stassi Schroeder is everything you could want from a reality television villain: she’s pretty, she’s cutting, and she’s, frankly, a little scary. Do the producers on Vanderpump Rules edit her to look that way (note: it’s really hard to make a villain out of a bunch of really nice tapings), or is she, as she proclaimed on the show, “the devil”? While the answer is probably a little bit of both, Stassi is completely captivating, and she’s absolutely my favorite character on Vanderpump Rules, but she's got secrets. Like the name Stassi, is that thing real?

Since the show’s inception, we’ve seen Stassi rule the SUR roost: pretty much what she says goes, whether you’re her boyfriend (as star Jax Taylor was, though she at least let him live to regret it) or her best friend (like fellow server Katie Maloney). Hell, if she was my server at SUR I would probably just let her pick something off the menu for me, lest I choose the wrong entrée and incur her wrath. As Season 3 of Vanderpump Rules draws to a close (we’re in the home stretch of episodes now), Stassi’s storyline seems stilted: Stassi's got a boyfriend who isn’t involved with the show (his name is Patrick Meagher, and he’s the host of “The Wrap” on Mad Dog Sports Radio), and she’s barely friends with anyone from SUR. Are you smelling the potential for a spin-off, because I sure am (pretty please, Andy Cohen? With sugar on top?). Before I get my hopes up for a show featuring Stassi solo and free of SUR, let’s find out some more about Vanderpump’s best blonde bombshell.

Her Real Name Is A Mouthful

The moniker “Stassi” is cool, sassy, and definitely the name of someone who is calling the shots, but it’s not her parent-given name. Stassi’s real name is Nastassia Bianca Schroeder, which sounds like the name of an exiled Russian princess. I mean, if the shoe fits… Are we looking at a long-lost Romanov descendent here? I wouldn’t be surprised.

When watching Vanderpump Rules, did you get the feeling that Stassi had a little more experience with the cameras than the other servers? Well, you were right: Vanderpump is Stassi’s third brush with reality television. Her first was a stint on The Amazing Race: Family Edition , on which a goth-looking Stassi appeared with her father, stepmother, and brother Hunter. In 2008, Stassi was a contestant on the The N (TeenNick, before Nick Cannon) show Queen Bees, in which a group of teenage “queen bees” who are mean and rude to everyone around them had to shape up or ship out. The girl who made the most progress got $25,000 to donate to the charity of her choice.

Stassi came in sixth place, which explains why she still treats everyone around her like mere plebeians.

Her Childhood Home Was Destroyed During Hurricane Katrina

Natives of New Orleans, Louisiana, Stassi and the Schroeder family were not spared by the wrath of Hurricane Katrina: In 2005, their home and belongings were completely destroyed, and what was left of the home had to be razed and rebuilt. During this difficult time, the Schroeders actually stayed with the Rogers family, whom they met when they competed against each other on The Amazing Race: Family Edition earlier that year.

Stassi’s career now involves acting, blogging, and fashion, but she cut her teeth on the classics. Stassi graduated from Loyola Marymount University in Los Angeles with a Bachelor of Arts in English Writing. She’s expressed interest in going back to graduate school, but no enrollment news so far.

Aren't you glad you know more about Vanderpump's most alluring cast member? All hail Queen Stassi!